Telecel Quietly Introduced A Dating Service Some Months Ago. But Its A Good Idea That’s Being Poorly Executed 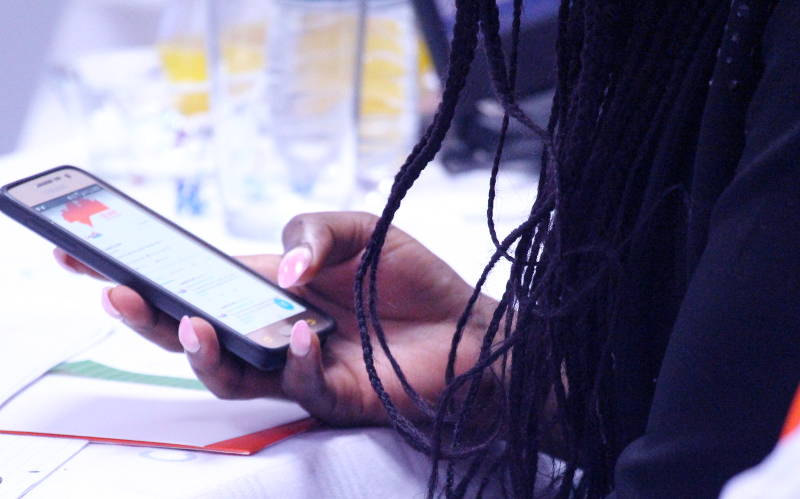 Who knows you may find your soulmate on Telecel? The smallest Mobile Network Operator, Telecel has a dating service, for months, where you can possibly meet your loved one.

Telecel’s dating service is essentially a dating portal that enables its subscribers to meet and communicate with new people. The dating portal is not accessed through a platform like a mobile app or web app but through an interactive voice response (IVR).

According to Wikipedia, an IVR is a technology that allows a computer to interact with humans through the use of voice and DTMF tones input via a keypad. An example of an IVR is when you call a customer care number and you have to input certain numbers as you communicate with a system after each prompt. Now Telecel is using that technology for a dating service. How ‘inconvenient’?

How it works and how much it costs you?

A Telecel subscriber would have to dial 126 to subscribe to the dating service. The first thing you do when you call 126 for the first time is to create your dating profile with such information as name, age and so forth. After creating your profile, you then get to listen to other subscriber’s profiles, send and listen to voice messages.

To use Telecel’s IVR dating service you’d have to fork out 5 cents. With that 5 cents you get to do all that stuff I have just mentioned for 24 hours i.e the 5 cents expires in 24 hours. On top of sending and listening voice messages, you can also do a ‘live talk’ where you get to talk with your suitors in real time.

For the ‘live talk,’ you pay a separate 5 cents (on top of the 5 cents for sending and listening to voice messages) that is valid for 24 hours as well. Furthermore, with ‘live talk’, you are able to talk to a randomly selected suitor on top of people who are in your existing circle.

An idea poorly executed, isn’t it?

Whilst the idea of a dating service is good, I don’t agree with the medium through which subscribers can access it service. Why on earth has Telecel chosen to offer its dating service via an IVR platform rather than a mobile app? It’s so tedious having to create a dating profile by responding to voice prompts whilst at the same time speaking your responses (for instance, giving out your name).

Using an IVR for such a service is poor execution of a (maybe) good idea. Rather, it would have been wise for Telecel to develop an app for its dating service. With an app, users would be spared the ‘hussle’ of having to speak or listen to their messages (after a voice prompt) but instead, they will just type their message, profile or send a ‘voice note’ message, just like how we do it on WhatsApp. Using an IVR for a dating service was more appropriate for the era of feature phones (kambudzi), not these days where we have smartphones that have apps.

One argument Telecel may make for delivering their dating service through an IVR platform (rather than through an app) is that using an IVR is cheaper for users than buying data to access the service on an app. But Telecel could have just developed its own dating app and Zero-rated it. That way people would quickly get onboard the dating service as there incur no cost to access it.