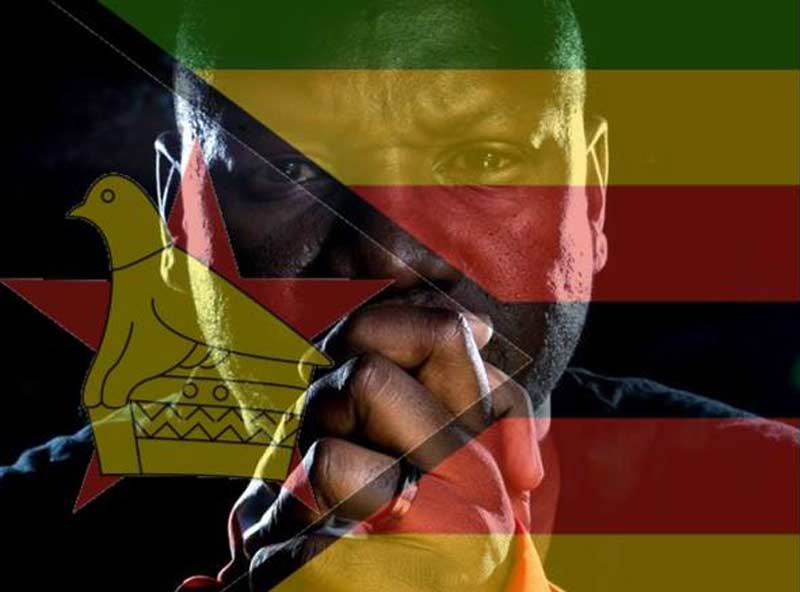 The internet is probably the biggest thing that’s happened to Zimbabwe and the world over the last few decades and it has largely shifted the way we do essentially anything and everything. The way we communicate, date, shop, study, work. Hell, even our protests have been shifted by the internet and I think the impact of social media on protests has been felt mostly in Africa…

Dictators are unsettled by social media…

In 2011 the Egyptian protests were called a Social Media revolution and one protester tweeted:

For starters, it’s much easier to coordinate faceless protests. I don’t mean faceless like those guys in Game of Thrones, but faceless in that the internet allows organisers of protests to stay in the shadows. Why is this a good thing? Well, in Africa protesting is kind of a big deal and because every African country seems to have dictators at the helm, you don’t want to be the guy who organised protests against the government.

Nowadays with the likes of WhatsApp, we’ve seen a rise in the number of protests that occur because these services allow people to coordinate protests without necessarily being the faces of these movements. Is it a coincidence that we’ve had protests in 2016, 2017, 2018 and now again in 2019. Isn’t a coincidence that all the protests found their birth on social media and WhatsApp? I think not…

The internet offers some protection…

Things happening on social media are viewable anywhere in the world and once things can be viewed on a global scale and once other countries can get this information live from many witnesses, countries with dictators may become hesitant to deal with situations in the same manner as they would prefer to if they can control the spread if information. This is exactly why some governments resort to shutting down the internet entirely. DRC recently shut down the internet in what was said to be an attempt to stop the spread of a fake election result.

It’s much easier to start protests

Apart from accountability and global protection the new communication channels on offer mean that it’s much easier to spread the word in a timely fashion. As soon as the “fuel announcement” was made, there were circulations of a stay-away protest circulating a few hours later and alas, here we are, in full protest mode two days later and the protests are spread across different cities. Without the interne,t it probably would have taken more time for people to get to know of this protest on a scale as wide as this.

In this article, we summarize evidence from studies of protest movements in the United  States, Spain, Turkey, and Ukraine demonstrating that: (1) Social media platforms facilitate the exchange of information that is vital to the coordination of protest activities, such as news about transportation, turnout, police presence, violence, medical services, and legal support; (2) in addition, social media platforms facilitate the exchange of emotional and motivational contents in support of and opposition to protest activity, including messages emphasizing anger, social identification, group efficacy, and concerns about fairness, justice, and deprivation as well as explicitly ideological themes; and (3) structural characteristics of online social networks, which may differ as a function of political ideology, have important implications for information exposure and the success or failure of organizational efforts.

Misinformation is always round the corner

The “information age” has had it’s fair share of problems and one of the biggest issues that have come about because of the internet is misinformation aka FAKE NEWS. As much as we celebrated the internet for allowing people to spread information rapidly another problem has been that inaccurate and intentionally false information has been spread as rapidly as the accurate information and this can have devastating effects.

For instance today there was a tweet from a fake Herald twitter account stating that the government was going to shut down the internet to disrupt the protests.

Careful about spreading fake news such as this ‘fake Herald’ post. pic.twitter.com/wmzlmLcra2

Of course this is a fake account and some might know that but unfortunately, when these pictures start spreading on WhatsApp and other social media platforms, not everyone will be able to tell that those are fake accounts. A few hours later and the internet is still working quite fine, contrary to these fake reports. This just goes to show that there are people with other agendas and it’s hard to discern what is true and what isn’t during times like these.

All in all, the way protests are held has shifted entirely and the effects of this have been clear for us to see over the past few years. Do you think the internet has made protests better or worse overall?

Also read, Here’s How To Continue Online If The Zimbabwe Government Shuts Down The Internet