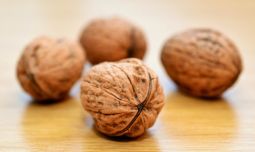 First of all Redmi is now a sub brand for Xiaomi’s budget phone line. This means that while we used to say Xiaomi Redmi Note 6 we now only have to say Redmi Note 7. Still the same phone company and awesome phones. In fact the Redmi Note 7 is so awesome it has inspired a durability challenge of its own that has gone viral.

It all started with Redmi’s brand new CEO Lu Weibing who did an unusual durability test that has sort of become a viral trend. He took a walnut put it on at table and used the Redmi Note 7 to break it open. Suffice to say the poor walnut did not survive the brutal encounter, it was smashed into smithereens and thus a new viral unusual durability test trend was born.

Things have gone sort of downhill from there. Mr Lu and others have since come up with all sorts of crazy durability tests. It’s like the a crazy challenge of sorts that has taken a life of its own with reviewers trying to come up with the most exotic quintessential test. The pitiless Note 7 has gone on a rampage and there is only carnage and a growing list of victims left on its trail.

Question: Who wins in a watermelon versus Note 7 contest? Note 7: what contest?

If you do not have a cutting board that’s note a problem the Note 7 will do the job.

Here it survives a stomping.

If you are up to it you can also use it as a skateboard.

This is one strong phone but …

Warning do not try this with your phone you have been warned. It will be your $180 or somewhere near there to lose.