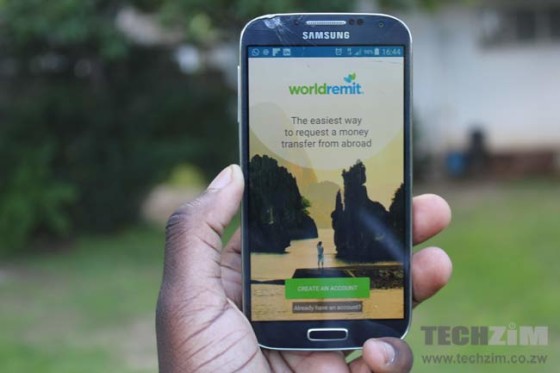 World Remit has finally come to South Africa, where it will help Zimbabwe’s largest diaspora to send money back to their loved ones in Zimbabwe. Before today World Remit only served the Zimbabwean Diaspora in countries like the UK, the US and other European Union countries.

I think one of the reasons the remittance company has decided to come to Mzansi (South Africa) is that it’s anticipating a surge in remittance by Zimbabweans in South because right now Zimbabwe’s economy is bad hence the diaspora will send money to their family and friends for upkeep.

Plus South Africa is notorious for its absurd remittance charges (sending money out of South Africa to another country). One report by World Bank says South Africa is the most expensive G20 country to send money from. So, perhaps World remit wants to undercut other competitors in South Africa by charging lower prices- a practice it has done against competitor Western Union.

Indeed, World Remit is going to face fierce competition from the likes of Mukuru, Hello Paisa or even ‘the bus guys’.

The ‘bus guys’ are drivers of South Africa-to-Zimbabwe buses who charge a fee to pass money from a Zimbabwean in South Africa to his or her loved one in Zimbabwe. All these remittance competitors have been around for some time hence World Remit really need to charge quite ‘enticing fees’ that make a habitual customer (of Hello paisa, Mukuru and ‘the bus guys’) migrate to World Remit.

So, World Remit is offering a free of charge remittance

World Remit has decided to come to South Africa with a bang! by offering freebies so as to quickly gain customers. What’s the freebie? You won’t be charged for sending money to Zimbabwe on your first remittance transfer with them. Enticing isn’t it? I mean who doesn’t want freebies? Who knows, this freebie might just be the bait that World Remit needs to stimulate a huge influx of customers.

But you know there are cherry pickers who can just subscribe to World Remit just to get this freebie and the next day they go back to their usual remittance service (maybe Mukuru or hello Paisa). I guess that’s when lower charges come in handy as they make the cherry picker stay on World Remit

Where can you send money on World Remit?

You can send money through World Remit by just visiting its website or use their mobile app (on both Google playstore and App store) and follow the steps. Don’t worry, later on, I will teach you how to send money using World remit in detail.

How can your loved one in Zimbabwe receive the money you send them through World Remit?