Zimbabweans are going crazy on the internet with the #CharityCharambaChallenge. It’s a challenge that started after the Zimbabwe Republic Police National Spokesperson Charity Charamba dismissed a SkyNews documentary that showed a policeman abusing a certain guy.

Sky News says the clip in the documentary happened during the recent Shutdown Zimbabwe protests. Whereas Charity Charamba disputed this by saying that the clip was recorded in 2016 and not during the Shutdown Zimbabwe protests. This is where the #CharityCharambaChallenge is coming from-people are now posting pictures and videos that were captured very recently (like today or last week) with a caption that says the picture or video was taken 10, 20, 5, 7 or 3 years ago.

So, Twimbos (Zimbabweans on Twitter) are just being sarcastic towards Charity Charamba by just posting an event (in picture or video) which happened recently but deliberately lying that the event happened some time long ago. For example, the death of Oliver Mtukudzi (which happened last week), one can just post a picture at Mtukudzi’s funeral and tweet “at Mtukudzis funeral in the year 1992”. Take a look at some of the tweets for the #CharityCharambaChallenge 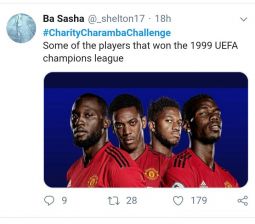 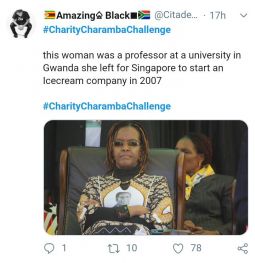 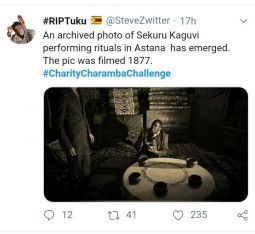 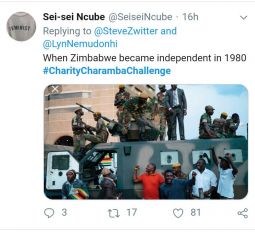 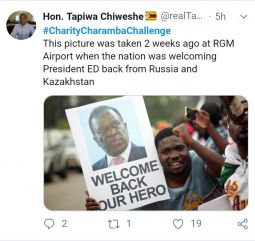 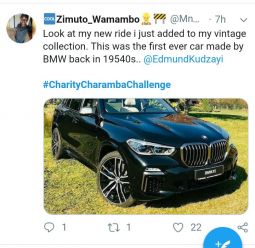 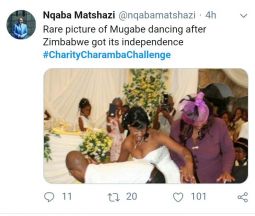 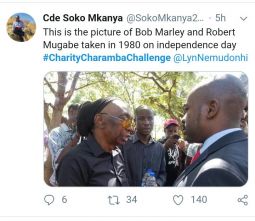 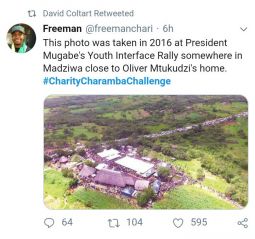