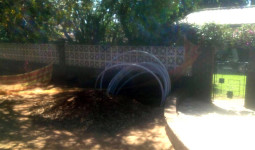 According to the Newsday live blog of today’s industrial action and demonstration, the government of Zimbabwe is so afraid of the action that they have ordered the Telecommunication Regulatory Authority of Zimbabwe (POTRAZ) to shut down (pun intended) the internet.

This was posted by Newsday at 11:30 am but so far we haven’t experienced any problems with network and internet connectivity.

Yesterday we got an email from one of our readers in Mutare complaining that they could not access WhatsApp and other social media platforms on their TelOne internet connection. However, that same reader admitted that their friend was able to access the same platforms on a different TelOne connection. We then concluded that this was just an isolated problem they were having and largely we still think so.

The media rights organisation MISA Zimbabwe tweeted that TelOne was alleged to have tempered with internet access and they also mentioned NotOne in that same tweet. We have checked with TelOne and their official position is that they have not done any such thing. Random checks on people with TelOne connections don’t show any interruption from the service provider.

We are yet to get a comment from POTRAZ but so far it seems the allegations are nothing but paranoia. We hope it remains like that. Throttling the flow of information is a very slippery slope

It has to be borne in mind that there have been thunder storms around the country today and in the past few days. Bad weather can affect connectivity in several ways so some of the isolated experiences with slow internet could be coincidentally a result of such. We will keep checking of course.

Just in case the internet is shut down for real, here is how you can stay online. You have to follow the advioce before it happens though otherwise once you are cut off hapana hapana…