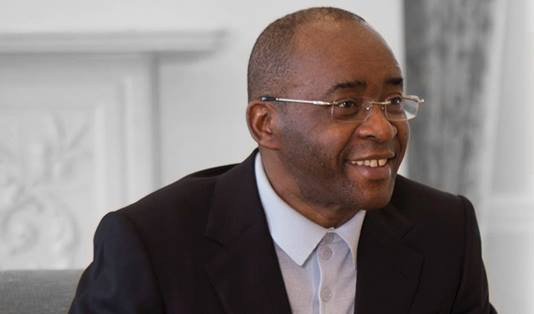 Strive Masiyiwa’s Facebook page seems to be a constant source of news these days as the popular businessman disclosed that listing Cassava SmartTech was a colossal battle. The businessman went as far as comparing the ‘chaotic experience’ to the one he faced when listing Econet in 1998.

Masiyiwa’s post was in reaction to the congratulatory message he received from Mthuli Ncube and he compared the warmth from the Minister to what he had to deal with from the ZSE:

This is very much appreciated. And speaking on behalf of entrepreneurs like myself [who are the ones who create businesses], I say,

There are some brilliant insights in the minister’s brief comments which resonate with me, and show a deep understanding, as with his Reserve Bank team who really supported this listing. Even as the ZSE fought it all the way, as they did when I listed Econet in 1998 (20 years ago)—same guys still control it!

I totally agree with the Minister on the need for more companies to “take advantage of listing on the Stock Exchange “ to raise capital. There are a lot of companies that have the capacity to list that could use this route to recapitalize and retool.

It will create jobs, and reduce dependence on imports.

There are some fundamental reforms necessary to the operations of the exchange to make it a more modern exchange, and to make it attractive for entrepreneurs and new investors, particularly from the diaspora. I’m sure we will have an opportunity to discuss offline in the new year.

The second suggestion by the Minister that “Mining Development companies with undeveloped claims, should emulate [entrepreneurs] in places like Toronto Exchange” to raise capital; is a brilliant idea which will unlock billions in capital for investment. This applies throughout Africa.

Such ideas would be easier to pursue if the ZSE were reformed, and become a more market and results driven exchange. The current exchange leadership [and those operating behind the scenes pulling strings] cannot deliver capital to support economic transformation because it is hostile to entrepreneurs. They are yet to shake off a very retrogressive colonial era mindset of elitism.

Thank you and Happy new year.

So what happened with the listing?

There’s no doubt that there was some hiccup when it comes to the listing of Cassava Smartech because the company was listed a week after they had originally planned and said. Whether this delay is caused by what Mr Masiyiwa is referring to on his Facebook post as resistance from ZSE or it’s owing to other things, we are not sure.

At the time of the delay though, there was a notice put out that noted that the Econet board was adjourning an Extraordinary Board Meeting to 14 December as there were concerns regarding the conversion of debentures into ordinary shares and a notice was sent out to shareholders:

After debenture holders holding 84.8% of the company’s issued share capital accepted the offer for conversion of debt to equity as proposed in the circular to shareholders, dated 8 November, some minority shareholders raised concerns about the conversion of equity. Consequently, the board decided to adjourn the Extraordinary General Meeting that was held on 29 November to 14 December 2018 to allow time for the Board of directors to consider the concerns. Take note that the directors are still considering the issues. Consequently, the Company further postpones the Extraordinary General Meeting and the resolution for the conversion of debentures to equity sine die.

That statement didn’t seem to point to any malice from ZSE but who knows what happens and may have been happening in the background. Oh, for those wondering what sine die means it’s just lawyer talk for postponement.

What happened 20 years ago?

After getting a licence to operate in Zimbabwe Strive Masiyiwa claims he faced yet more resistance from the ZSE as they had a tradition of listing companies with 3 years experience minimum and Econet was in its infancy then. He disclosed this in a blog post on the Strive Masiyiwa blog:

It was 1998 and now I had my license, but this new venture’s business plan screamed for equity. I would have to finance it for at least three years before getting a return (equipment was expensive and had to be imported). At that point, local banks thought I was insane anyway, so I did not even bother to talk to them.

Initially, I thought of a “strategic investor,” a large player from the industry in South Africa, but our negotiations collapsed.

So where was I to get so much “equity” financing? International venture funds like the IFC window I had previously used were afraid of my political liability.

Whenever I walked on the streets of Harare, people would walk up to me and say how much they admired the way I had stood my ground. After one of those kind comments, I suddenly thought:

“Why not ask the public to invest?! Why not offer thousands of ordinary people the opportunity to be shareholders with me in the business!?”

“Can you list a start-up?” This was the question I asked my legal team, comprising Tawanda Nyambirai and Nic Rudnick (now CEO of Liquid Telecom).

“Technically-speaking, there is nothing to stop us, but there is a tradition they apply which requires three years of experience. The Zimbabwe Stock Exchange Listing Committee would never agree.”

For a start-up from anywhere (let alone anywhere in Africa) to raise money through an Initial Public Offering (IPO) on a stock exchange, was unheard of, especially led by People considered at that time to be inexperienced managers, with a new Product, in a new market — the yet-unproven African cell phone industry!

It led to a legal stand-off, and we prepared to go to court, when they suddenly relented. We raised $10m underwritten by a local bank. It was oversubscribed. Thousands of ordinary Zimbabweans now owned a majority of the company, as my own beneficial interest was 40%.

If this was the only hiccup on listing Econet Wireless Zimbabwe then it hardly passes for persecution. Yes maybe the ZSE tradition is outdated and it’s good that Econet prevailed against that precedent. However, if there was more that happened to frustrate the IPO then we have more serious problem.