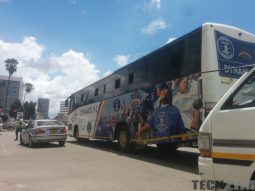 The recent increase in fuel prices inadvertently resurrected the use of buses to commute people in high-density suburbs. The reason why buses were re-introduced, was to undercut the absurd prices that were being charged by kombies (minibuses).

You would think that some people are choosing to travel with buses just because they are affordable but there are other 2 seemingly funny reasons why buses are more preferable over kombies for others.

I know one guy who choose to use a bus (a certain Higer bus owned by Blue Circle) over a kombie because it has USB ports to charge his smartphone (Samsung S4) on-the-go. You would understand because his phone is no longer working like a normal mobile phone. His Samsung S4 is now what I’d like to call firiji yephone. By that, I mean the phone now only works when its connected to a power source. These are the USB ports: 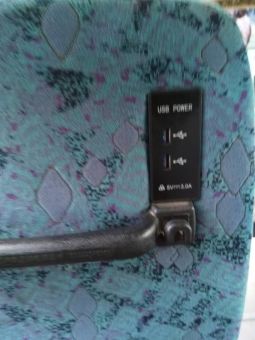 So, the USB portals in the bus Higer comes in handy for him, as he gets to listen to music and chat on WhatsApp whilst he commutes. But when the journey so will his ‘onboard chatting’ or onboard-music-listening’ ends.  Poor guy.

Before buses stopped commuting people in high-density suburbs over a decade ago, the only form of entertainment one enjoyed onboard was listening to the bus’ radio. But now some buses have onboard Television sets as in the case of the Higer bus (but ZUPCO still doesn’t have TV sets). So, I know another guy who prefers to use a bus over a kombie to go to work because he gets to be entertained during his journey watching TV. Although some kombies now have portable TV sets too, the guy prefers to watch the bus’ TV because (as he said it) he watches it more comfortably seated than in a kombie. Weird!

Regardless of the similarity of prices between a combie and a bus and the fact that a kombie take relatively more time to fill, these seemingly funny and weird reasons are actually influencing someone’s choice.