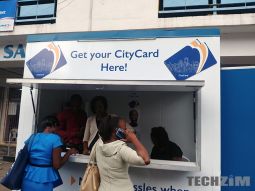 The idea is instead of spending money converting it from figures in your account to hard cash (2% tax + EcoCash Agent %) you could just preload the cash into your City Card and swipe your fare for the route.

That is what City Card is proposing in this cashless economy we are in. Let’s dive deeper into City card.

How Does It Work?

The Tap ‘n Go card branded City Card, is a smart card with a chip that can be used to conveniently pay fares on public transportation. The card works in tandem with a Bus Tolling Machine (BTM/ card reader) located in the Kombi/Bus and by simply tapping the card onto the card reader a transaction is completed.

The technology here is NFC if anyone was wondering. Just like in the movies. Get to the vehicle. Tap your card. Enter and grab a seat…unless if your balance falls short.

It also has a couple of perks for the vehicle owners as well. They can track revenue more accurately (Only when 100% of the passengers are using the card). They can also track the vehicle as the City Card system comes with GPS tracking by default.

How Do I Get The Card?

Currently, there is a kiosk at the Rezende North terminus and at 17 Hereford Road in Emerald Hill.

The drivers in buses that have units installed are also part of City Card distribution network.

There is a $3 card and a $5 card. In both cards a dollar is reserved for one months worth of subscription and the rest is actual credit you can use to commute with. Yes there is a monthly subscription of $1 to enjoy the service.

As well, commuters can load a desired amount to cover weekly or monthly commuting fare. It all depends on your budget really

Which Routes Am I Able To Use The Card?

So far, the system has been installed in commuter omnibuses that cover Warren Park 1 and 2, Mount Pleasant, University of Zimbabwe, Pendennis, Vainona, Marlborough East, Mabelreign, Southerton and Borrowdale.

City Card has installed Bus Tolling Machines (BTMs) in close to 100 Commuter omnibuses as of the time of writing. If you use any of these routes you can look for a fancy contraption that looks like this. 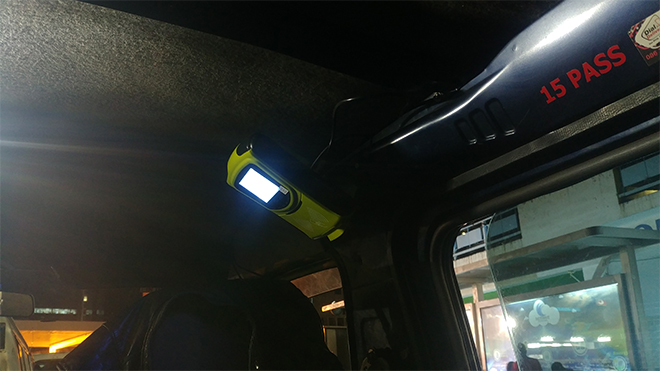 Going forward, City Card is looking at expanding to major cities and towns and placing the gadgets in all Public Service Vehicles countrywide and intercity buses. An app is also in the works that will allow loading of funds to the card directly from your phone. Totally would enjoy a QR code option just in case I remember that I forgot my wallet at home with my card in it.

City Card also plans to placing booths at all the major termini and specific locations in the various neighborhoods.

What City Card is attempting to do is something EcoCash tried a couple years back. It didn’t quite take off because back then it was more of a change problem and not a cash availability problem. It also faced some resistance from the commuter omnibus operators themselves as it ate into their earnings.

Now that there is a general shortage of hard cash it just makes it a bit less harder for a service like this to catch on. Weather or not it will thrive and be the way urban commuters pay for their daily commute will depend on time. What do you think of this service?

2 thoughts on “City Card. A New Way To Pay for Your Kombi”