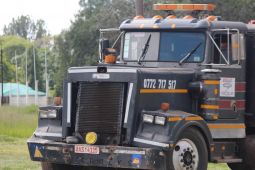 For the past number of months, the government has been grappling with number plate shortages. Central Vehicle Registry initially announced that they had run out of number plates back in September last year and they claimed ( lied) that this was due to logistical problems.

Ever since the government switched to the new number plates sometime in the last decade, raw material plates have to be imported from Germany. What a shocker we import number plates too, is there anything we can make in this country? Anyway given our foreign currency situation the shortages which are due to forex shortages have persisted.

To mitigate the shortages, CVR has made some changes to their software system and effected a new policy.

With effect from today 26 February 2019 all vehicles changing ownership should maintain current plates, what only changes is the new registered book with details of the new owner. This functionality have (sic) been enabled in the system

The motorist pays $15 and get a registration book only with the new owner details.

The number plates and 3rd party plates remains (sic) the same and noplates will be surrendered. All the other requirements remain unchanged.

New Number Plates will be issued as usual on the following cases;