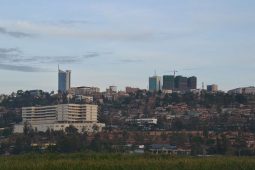 A few days ago there was an announcement that a Rwandan company will begin developing a smartphone and for most this was a welcome announcement. An African company making phones for African’s. Sounds like a pretty cool thing right? On the surface, it does and judging from what we know so far this wil definitely be one of the more interesting things to happen in Africa’s tech-space.

When is the factory opening?

The Mara factory is actually opening in a month and some days from now as it’s expected to open in April. I haven’t come across any information in regards to how many phones is Mara targeting to manufacture and ship on a yearly basis from this factory.

What type of phones will be getting built?

The Mara corporation behind the factory is also the smartphone brand and right now they have two phones; the Mara X and Mara Z. The Mara X is the entry-level device and it has a 5’5″HD Display, Android 8.0, 13MP front and 5MP rear camera, a MediaTek processor and 1GB of RAM. Oh and there’s a stock-like version of Android which is always welcome (depending on your preference). The phone looks well built and costs $139.

Then there’s the Mara Z, which is the higher-tier phone. Notice I didn’t say flagship because after taking a look at the specs it’s not a flagship device even though it has better specs than the Mara X. There’s 3GB of RAM and a Qualcomm SnapDragon 435 along with Android One which will come with the promise of updates. 13MP front and rear cameras, and though the screen is still the HD it’s larger on the Mara Z. The device will set you back $199 but the phones from the factories will be bought over 24 months which makes them a more appealing buy.

Of course, Mara will develop other phones in the future and it will be interesting to see what those devices look like.

The factory is expected to employ around 20 000 people which is pretty significant. Apart from that, there’s not much else that’s been disclosed but I mean if they are creating jobs that’s great. Finer details and the impact of this employment is something that we will probably get once the factory is up and running.

Nope. The Mara phones will not be the first mobile phones out of Africa that title belongs to South Africa’s Onyx. The big deal about Mara is they will have the first factory, though some reports from 2016 claim that Onyx had a smartphone plant as well. Maybe this is what Mara’s Corporation chief, Ashish Thakkar alluded to when he said:

China has Huawei, Xiaomi; the U.S has iPhone and finally Africa has Maraphone. This project will show the potential and ability that Africa can produce high quality and affordable smartphones in Africa, by Africans, for Africans and for the rest of the world. We have a few that are assembled in Africa but nothing is truly being manufactured in Africa. Thanks to the African Development Bank, that changes today.

It’s not really clear but it seems most mainstream reporters are claiming that this will be the first African smartphone factory. Mara also plans to build another plant in South Africa but they haven’t disclosed when this will be done.

Lessons to be learnt…

Anyway, it will be interesting to see how this project works out for Mara and there will be lessons for many African companies to learn from as the African landscape has many similarities that could help either boost further adoption of smartphone plants on the continent or maybe deter other players from coming in the same space.