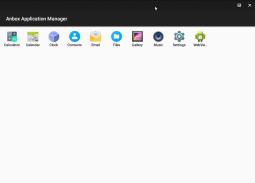 It’s not a secret that Android is Linux. It doesn’t ship with most of the GNU libraries or utilities like the much revered and reviled systemd. Yet at its heart, it is still Linux. Common sense would dictate that it should be very trivial to get Android packages to run on Ubuntu.

In this case, common sense would be wrong. Apart from Chromium to which Google added the ability to be able to run APKs, there are no official ways for you to install Android apps short of emulation. The folks at Anbox, however, have other ideas. They have developed a technology based on snaps (special Ubuntu universal apps) and Linux containers, which would enable you to run Android apps on Ubuntu.

In this article and the next one in this series, we will look at how you can install and configure Anbox so that you can install and run Android apps. The Anbox project is still in beta and there are a lot of apps and games you may not be able to run using the snap.

How to install Anbox?

Anbox is distributed as a snap which mean in theory it is a universal app. It should run on all distros that support snaps without modification. However, in this article, we are going to assume that you are working on Ubuntu 18.04.

One thing to note is that depending on your internet connection this snap is a bit on the large side. About 350MB by my own estimation. Once it has been installed you should be able to launch Anbox from the launch menu.

When you launch it you should see the default apps such as Email, contact and clock. Clicking on these will lauch them. They will appear like all the natural program windows you are accustomed to.

Sure this is note Oreo or Pie but Android 7.1 is a capable operating system. The next part is now figuring how to install apks so that we can run them using our Android manager. We will look at that in the next article.