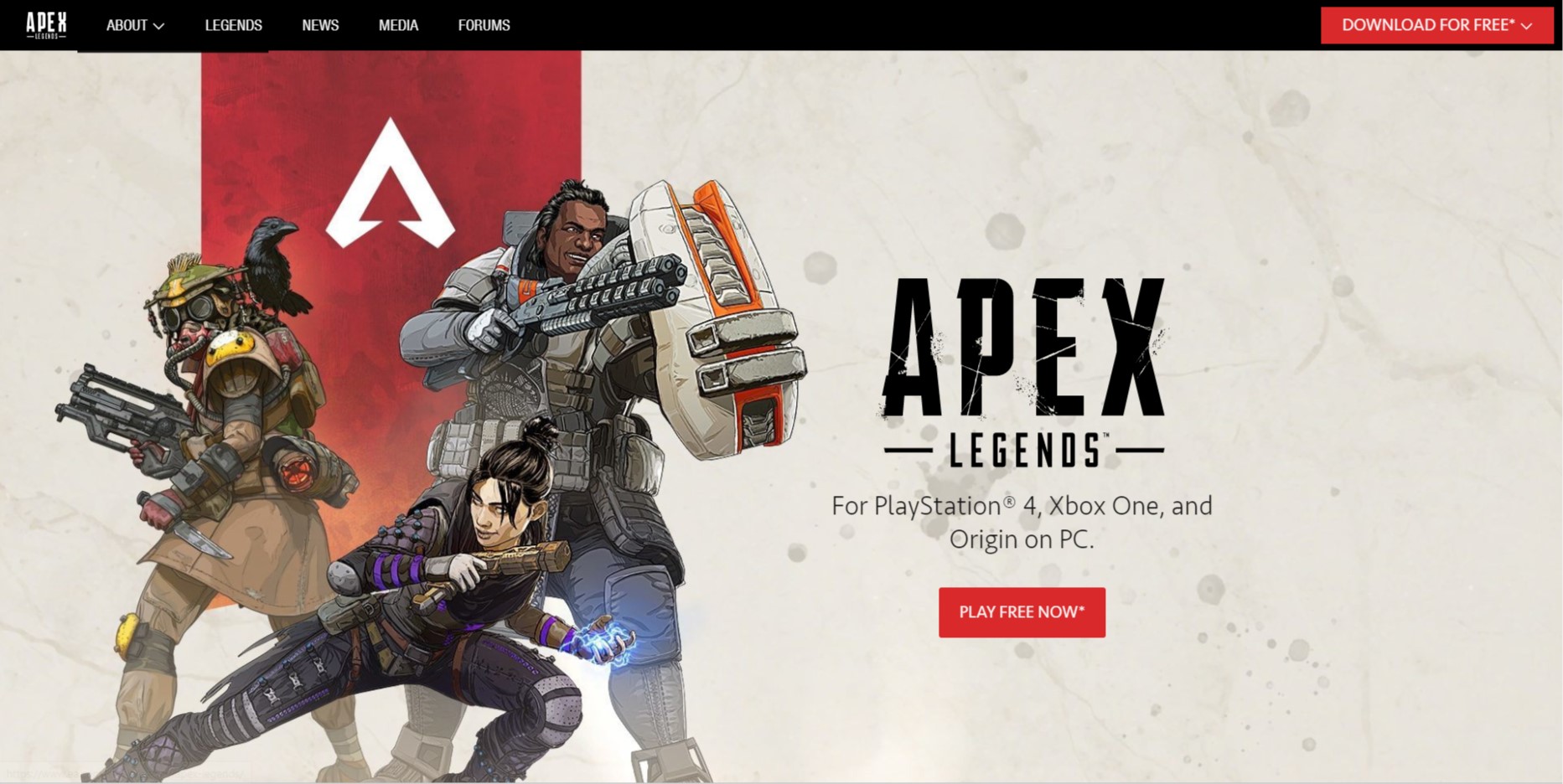 Over the last fortnight (wink wink) you’ve probably heard about Apex Legends in one form or another. After all, the game has been installed 25 million times since it was released about two weeks ago. Obviously, there’s a bit too much hype surrounding the game but after getting some hands-on time with the game I think it’s a fantastic game, especially once you consider it’s FREE!

Apex joins Fortnite in bringing a Free-to-play (F2P), battle-royale experience which they monetize by in-game items you can buy. This shouldn’t cause you to worry as most of the stuff you buy is cosmetic and only changes the appearance of your characters and not your ability which is a good thing.

So you’re going to hear this game being compared to Fortnite, A LOT. In truth, the only similarities I could see are that both games are F2P and battle-royale games. Apart from that, these are very different games. How so? Well, primarily because of the following reasons;

There are some other differences but I think these ones capture the essence of the Fortnite vs Apex arguments. I think they are different games and it’s a bit difficult to compare them but if you ask me which one I prefer, I would take Apex Legends over Fortnite every day. Why? Well, I sucked at the building in Fortnite and building is a huge part of the Fortnite experience. The truth of the matter is, the building was too technical for me but with Apex Legends you just pick a character and get guns and go. That makes it far more approachable in my view…

The shooting in Apex is tighter than that of Fortnite and because of the difference in perspective Apex Legends resembles games like Overwatch and Call of Duty more than it does Fortnite and PUBG when it comes to shooting. It’s a pretty fast-paced game and the fact that you’re playing online against other people means you’re going to have to bring your A-game all the time. I wouldn’t call myself a pro at this game by any means but I certainly have a decent enough number of kills and wins and this is coming from someone who usually steers clear of multiplayer shooting games and first-person games in general.

I didn’t record any of my own gameplay so I’ll just link another video and you can see for yourself what the game looks like:

The Legends (or characters) on offer are quite interesting. Because the game emphasises team play you have to carefully choose whichever legend you are going to pick. Each Legend has distinct abilities that can help the player and their teammates in battle which is why choosing wisely is… wise.

Right now there are 8 legends to pick from, two of whom are locked at the start of the game, but you can unlock them by paying real-world money or you can just play the game win some matches and buy them using in-game currency. This is Zimbabwe, so of course I’m going via the in-game currency world as I wouldn’t be caught dead buying the characters with actual money.

My personal favourite is Bangalore and every time one of my teammates chooses her before I can pick her, I’m 100% sure we are not going to win that match. There have already been leaks that there are two more characters that are being developed but this is yet to be confirmed by the developers of the game. I wouldn’t be surprised if there were characters added as battle-royale games are constantly updated with new guns and areas to fight-in to keep the game feeling fresh as there isn’t usually a storyline or progression system to keep players coming back.

How decent should your connection be to play this?

The PlayStation that I’m playing on is situated in the room furthest from the router so at times this can cause problems and initially that was the case. After installing the game (which required around 25Gb of storage) I tested my connection and noticed that I was averaging around 4-6 Mbps which made for an inconsistent experience.

After a few days of playing the game with this connection that would constantly freeze -which is not ideal when you’re playing online- I decided to move the console. Because the layout in the living room is pretty set, the best I could do was move the console by less than a metre and my word has that done the trick. I’m now getting around 14-17 Mbps and at these speeds, I can play in peace. Anyway, your experience may vary from mine as there are many devices that connect to the WiFi at my place (at least 6 at a time).

How much data does the game consume? I’m not sure. I’ve tried looking around in forums but I can’t find the answer anywhere yet. However, when I used to play Fortnite on PC it wouldn’t use more than a 100MB/hour.

Is the game worth your time?

When I played and wrote about Fortnite, I made it clear that the reason why I kept playing it though I was so bad it was because I was playing with friends and that experience made it worthwhile. With Apex it’s a bit different. I’ve only played with a friend on one occasion but that hasn’t stopped me from sinking in quite the hours on this. Because the pinging system that allows you to communicate with your allies is so good, you don’t even need a headset which makes playing with strangers more bearable. On the 3 occasions that I’ve won in this game, I was playing with people I do not know and I didn’t have a headset. For a game that emphasises teamwork and is so fast-paced the amount of fun, you’ll have with this one if you’re willing to acknowledge the steep learning curve, is worthwhile.

Unfortunately, at the time of writing, there’s no crossplay which means players on different systems (i.e Xbox One, PS4 & PC) cannot play together or against each other. I’ve been playing the game on PS4 and if you’re also playing it on that console you can send me a PSN friend request. My PSN ID is Sugilo77. Just mention you’re coming from Techzim and I’ll be sure to add you. If you’re playing it on a different system but you still want people to find you, you can add your Origin ID in the comments sections and state the platform you’re playing on.

5 thoughts on “Is Apex Legends As Good As The Hype Suggests?”