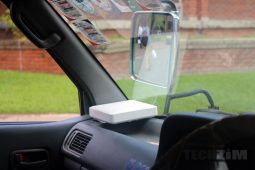 Back in 2014 Econet launched their own WiFi project in a bid to reduce congestion on its network which was mostly 3G in urban areas back then. Econet being the largest Mobile Network Operator was facing a lot of demand during peak hours resulting in painfully slow speeds especially when one was in the CBD. And thus Econet WiFi was born, though not many people, I suspect,  never truly embraced it thanks to 4G which quickly made it redundant.

Over the years Econet has tried and probably failed to make people have regular dates with their Econet WiFi hotspots. All manner of promotions have been launched and I have to say even though I am out of the office a lot none of them have enticed me to use Econet WiFi which I only used exactly once just to test it.

I mean quick show of hands who among you has never made use of their “free” WiFi data? I know I have never used it. For example every time you borrow airtime you are given free WiFi data which expires in 24 hours I think, I have never really bothered to find out more about.

For me and I suspect for a lot of people as well the problem is/was that Econet WiFi zones are not really that visible when compared to say their ZOLspot cousins although strangely enough every ZOLspot I have visited seems to double as an Econet WiFi zone. While ZOL branding is highly visible compared to Econet WiFi which is just an odd SSID.

So to solve this problem Econet launched WiFi Kombis that had an LTE router at the front which users could connect to as they sped to their homes/workplaces. Well that dream is pretty much dead I tell yeah. Don’t believe me? When was the last time you got into a kombi with working Econet WiFi?

The problem for me was that there was never really a compelling reason for me to use Econet WiFi in a Kombi even with the 100% data promotion.They were using LTE anyway and whatever data you used after that counted against your usual mobile data and my phone already had LTE too so why bother. Besides there were a host of other problems which many users and potential users pointed out when the service launched.

On Monday of this week I got into a kombi with Econet WiFi branding inside. I had pretty much forgotten about Econet WiFi so I pulled out my phone to see if I could connect. Although I was picking up stray signals from people’s home access points I could not see the Econet WiFi SSID. As I was getting out of the kombi I saw why. The LTE router was missing, so it seems Econet has given up too.

Maybe they will try again with the ZUPCO buses.