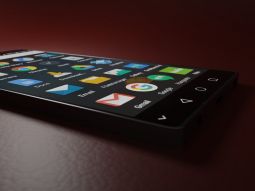 Android lite apps are the way to go if normal apps’ features may be hard to use, or hard on your phone’s performance. Lite apps are not necessarily being introduced for phones with low memory but they are also meant for countries which have users that experience low bandwidth internet connectivity.

Nearly all the popular Android apps have rolled out their stripped-down app versions of their man Apps. Here are some of the popular lightweight apps for Android.

Facebook Lite- Memory: Under 5MB
Facebook Lite is a stripped version of Facebook for Android. Its designed for places 2G networks and phones with low memory. The lite app loads faster because of the clean interface and minimal features. When I use the app, I’m reminded of the time when Facebook was available for feature phones.

In order to deal with the people using lower-end and obsolete phones, Facebook released a stripped version of Messenger. Messenger Lite is a great app allowing you to chat with all your Facebook profile friends and send stickers to others. I guess, the biggest miss of the app is the non-availability of voice calls. So the app only allows you to do the basic chatting.

Just scrolling through your feed in the Twitter App uses a lot of data and causes hiccups on slower phones. So last year, Twitter launched the lightweight official version of the Twitter App called Twitter Lite. This official Twitter Lite is fast, consume less data and loads fast on 2G and 3G networks.

If you just need to get from point A to point B without using a ton of data, try Maps Go. Maps Go has public transit data, directions, points of interest, and more. It’s a Progressive Web App, so it works by using the Chrome engine but looks and works like a normal app.

This lite version is small enough to allow you to save space on your phone and download it quickly. It is also made with a lighter functionality as there’s no messaging nor the ability to upload videos yet while it lets you filter and post photos to the feed or Stories, watch Stories, and browse the Explore page.

YouTube Go has been released to optimize the experience of users with limited speed. Video downloading, offline view and data saving features is what you get when you use YouTube Go.

NB: Although I have inserted download links that lead to Google Playstore (for Android devices), the apps are also available on the App store (for iOS) devices.