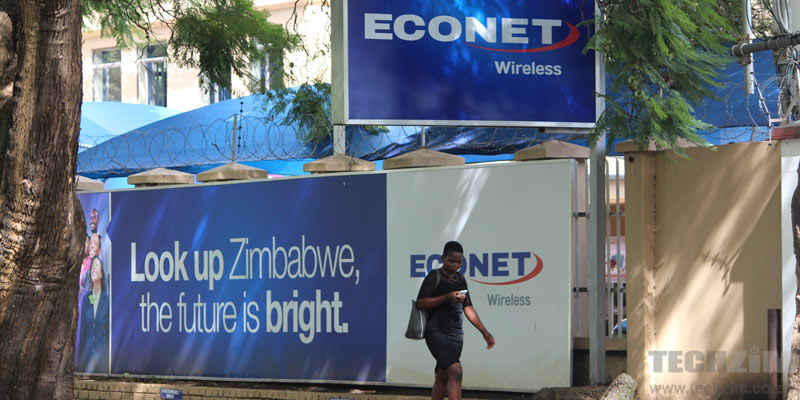 How many times have you heard the phrase, “The world is a global village.” Probably a lot. When Marshall McLuhan, who Google search credits as the originator of that saying, uttered those words he was describing how the world has been shrunk by modern advances in communication tools.

This simple and overly used phrase – cliché is what they call it- resonated with me more significantly after Apple’s event on Monday night. For the first time I saw some similarities between Apple and local telecoms company Econet.

Apple is a giant in the hardware industry and has made the most popular smartphone in the world –the iPhone- for years now. Alongside the iPhone, there have been iPods, iPads, Macbooks, Macs and now Airpods. All of these products have been hits in one way or another and to say that Apple has been at the top of consumer electronics for a while now, would be an understatement.

The company was the first tech company to ever reach a valuation of one trillion dollars last year and even though that valuation quickly came down, Apple’s dominance in their field over the past decade has remained undeniable…

In the other corner we have Econet, the largest telecoms company (by subscriber share) in Zimbabwe. Noone comes close… According to the most recent data shared by POTRAZ, Econet has 8.5 million of the 12.9 million mobile network subscribers in the country. That’s over 66% of the market and nothing to scoff at.

Their nearest competitor NetOne has 3.2 million subscribers and it’s believed that they haven’t turned a calendar year profit for over a decade (It’s hard to know how true this is since NetOne isn’t publicly traded and does not share it’s results).

Like Apple, Econet has dominated their industry over the last few years (and more in Econet’s case) but the similarity doesn’t end there. It would be weird if we were just comparing the two company’s based on dominance only…

Econet has 8 million subscribers and they’ve probably figured out that it won’t get much better than that anytime soon. I mean something could happen to Telecel and there might be a number of subscribers to mop up there; but it’s fair to say -with 12.9 million subscribers- the mobile network companies have reached their peak when it comes to the customers they can sell their service to.

Apple has slowly but surely creeping towards the same reality. Earlier this year it became clear that iPhone sales were slowing down and when Apple eventually confirmed this, investors weren’t too chuffed about that. American investor obsession with never-ending growth is a  bit weird if you ask me but heck, it is what it is.

These are both giants that are still profitable but have reached what one would consider to be full potential within their core business offerings. But that’s not all as even the ways they have countered this is also similar…

Now we get to focus on the more recent stuff with Apple. The company announced a bunch of new services that are not exactly in the domain that they have become popular for and here’s a list of them:

Apple knows the iPhone and probably their hardware division as a whole is slowing down so what do they do to look for growth? They shift gears and go into a bunch of new services. This isn’t the first services they’ve offered with likes of Apple Music existing but that alone is not enough and thus the new services.

Now this is not to say Apple is in crisis. Tech analyst, Ben Thompson sums it up perfectly:

Apple is very much not doomed – but it is no longer growing, leaving Apple no choice but to look elsewhere

When Econet started realising that they had built their fort (the network service) to a point where growth would be minimal what happened? We slowly but surely saw them shift from their network service to providing other services. Initially most of these services were dependant on the network but eventually some were launched that have nothing to do with the network. Here are some of them (in no particular order):

There are a bunch more services offered by Econet but these ones illustrate my point pretty clearly. Both companies have pivoted in the face of stagnating growth. Now this is now to say Econet or Apple were in trouble before launching these products but it certainly is where they expect to make more value for existing and potential investors…

Before someone rushes to the comments and cries “How much did Econet pay you to compare them to one of the biggest companies in the world!!!”, just take a moment to ask yourself why I’ve chosen Econet and not NetOne or Telecel.

Both of Econet’s competitors have also pivoted just like Econet but they’ve done it after the giant has done so and found success. They have been more reactive not proactive.

The chasing pack in Zimbabwe’s telecoms sectors is still primarily focused on growing subscribers which is evident by their never-ending telecoms promotions. This leads me to believe that neither of the two themselves as tech companies or are making deliberate pivots, but instead are the guys who started selling chickens because their next door neighbour had made a lot of money selling chickens. And indeed they may find success, but rarely to the extent of the guy who decided to sell chickens first…