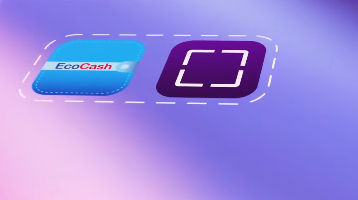 This week’s biggest news is that Cassava Smartech has disrupted its dominant mobile money platform, EcoCash. They have taken the crown from the service on their own terms rather than wait for someone else to disrupt them.

The most important thing that has resulted from the launch of Sosholoza is that customers can now send money from EcoCash to OneMoney or Telecash and vice versa. This is the so called interoperability that has been the subject of all sorts of debate. It’s happening at Cassava’s or more specifically at Steward Bank’s terms.

This interoperability was only going to be possible when done by Steward Bank as things stood because they are the only bank that has the little integration with EcoCash which we call ‘Swipe into EcoCash.’ That little integration was really the last piece to make it possible for virtually all banks and mobile wallets to be able to talk to each other.

The other two wallets, OneMoney and Telecash were already on Zimswitch and Steward Bank too is a member of Zimswitch. This made Steward Bank the only guy with solid membership on the two biggest transaction platforms that were otherwise mutually exclusive to each other. Steward Bank thus used that position to modularise the big platforms and thus become the bigger (and only) platform for all transactions.

Now that Steward Bank has an advantage because of their relationship with EcoCash, EcoCash must allow all the other banks (if they want to) to integrate with their platform to the very same extent. If they don’t do this, Cassava may find themselves facing an anti competition lawsuit. Why?

Because EcoCash is a monopoly or if you want to be more politically correct, they are a dominant player in the mobile money market.

Being a monopoly is not a crime or a problem

A number of times I hear people ‘accusing’ Econet or Cassava or some other company of being a monopoly. Theses ‘accusations’ are a common thing in the comments section below Techzim articles. However, what these folks don’t realise is that it is not illegal to be a monopoly. Not really.

The only reason why no company (even Google) ever wants to admit it’s a monopoly is that declaring yourself as such is sticking your neck out for all kinds of scrutiny and regulation. This is because even though it’s not illegal to be dominant in a market, it’s very illegal to abuse that dominant position.

One of the forms of abuse of monopoly or dominant position power is when the dominant company takes advantage of their dominance in market A to leverage a dominant position in market B. In fact, in the USA, mergers along a vertical value chain are almost always allowed to happen even when a monopoly is involved. However, such deals are stopped by regulators when the merger is across different verticals.

In short: vertical can be acceptable but horizontal is almost never acceptable. This makes sense because if dominant companies are left to use their power in the market they dominate to conquer an adjacent market we will get to a situation where a company only needs to win once and every other market will become theirs by default.

One of the tools that monopolies can use to leverage their dominance of market A into winning in market B is to give exclusive access to a subsidiary in market B that other players in that market cannot access. This would be the case if EcoCash does not allow other banks as much access to their platform as Steward Bank.

What does this mean?

I don’t think anything will change really even if EcoCash opens up to all banks. The other banks have a paradigm completely different from that of Steward Bank and they will not even know how to imitate Steward Bank. They are traditional bankers in every connotation of the term and technology alone cannot change them to become platforms. Steward Bank already has a head start in that it’s CEO has always wanted to run away from being a bank.

To be frank, Steward Bank also has a head start in a more direct way. They have already launched a platform that swallows up all other platforms. Also, the courts have not ruled that EcoCash now must share the integration with all other banks that want it. No one has even approached the courts to get such a ruling. Even if they do so today, Steward Bank has a head start.

What’s at stake is dominance. The way internet business models work is that winner takes all. Just like it was with mobile money, if it had not been EcoCash which was dominant, it was going to be OneMoney or Telecash or any other mobile money platform. It was never going to be an equally shared market. There’s only one Google, one Facebook, one Alibaba, one WeChat, one Amazon, one Netflix… You get the picture.

The winner doe not necessarily need to be the first to enter: EcoCash was the last one to enter mobile money in Zimbabwe. So, if indeed EcoCash opens up to other banks whether by court decree or not, CBZ or CABS or FBC or any other bank really but I would say those three can challenge and become the dominant platform. That’s only if they find a way to be at least 10 times better than Steward Bank as a platform right now otherwise Steward Bank will still be good enough so why would people switch?

The worst case scenario for Cassava is that the court indeed rules that EcoCash must treat all banks equally and then one of the other banks builds a similar platform to Steward Bank’s and they contest and win against Steward Bank. In that case, Cassava would have lost the EcoCash dominance for nothing.

Middle ground is that the court rules and then there is no challenger bank that wins against Steward Bank but  it becomes a market that has strong peers competing. This would be the best outcome for consumers and for startups that would want to integrate with these platforms but again Cassava would have lost the EcoCash dominance for nothing. No company in it’s right mind wants more competition, it’s just rhetoric when they say so.

The best case is that the court rules that EcoCash owes no bank anything or that the court orders EcoCash to share but Steward Bank is able to fight off competition and emerge as the Google of payments in Zimbabwe. To be frank, Econet (yes it’s Cassava but you know what I mean) has never been very good at winning without the protection of network forces established by being the biggest mobile network operator.

With the perspective of the above three paragraphs, it looks like Cassava has decisions to make. Do they want to gamble EcoCash’s dominance in the hope that there will never be a court order that compels EcoCash to open up to other banks too? Or that, should that happen, Steward Bank will remain as the only platform that matters, even stronger than what EcoCash is right now?

The easier decision would be to shut it down and stop Steward Bank from going along the path they are on right now. More like we would rather keep what we have rather than lose it for the hope of getting something bigger. It will be disappointing if they take this route though. Understandable but disappointing….

NOTE: The terms ‘monopoly’ and ‘dominant market player’ are used interchangeably in this article. There is no intended negative labeling that is usually associated with the word ‘monopoly.’