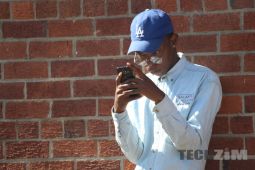 At first the table Econet sent out to publications said they were going to be charging $0.038 per second which translated to $2.28 per minute. We were all shocked. This article was first written with that context after we failed to reach Econet.

However, Econet made a typographical and mathematical error. They are actually charging $0.0036 per second which translates to around $0.23 per minute. They have officially sent a revised table with the more accurate position.

We are keeping the below as context for whoever is reading this and can’t understand what we are talking about:

Econet has increased tariffs for voice calls. Officially we are going back to beeping each other now.

They have split their billing into per second billing and per minute billing. Our assumption is that customers will be given the option to choose what they want, whether to be billed per minute or per second.

According to their notice in The Herald, here are the new Econet tariffs:

Per minute billing: not too bad but…

Econet will now be charging $0.22 per minute ($0.21257). It’s not too far from where tariffs used to be. However, per minute billing means that even if your call lasts for 10 seconds, you will still pay the 22 cents.

If you are on a call and it crosses over into the second minute just by a fraction you will pay 44 cents. This is the kind of billing we knew in Zimbabwe when cell phones first became popular.

This pricing does not make sense even if you take into account the interbank rate. If we assume the interbank rate between the USD and RTGS$ to be 1:3, it would mean Econet has increased the USD pricing as well to $0.76. That’s expensive.

When will you be paying this?

These tariffs will start applying on the first of April.

We have been failing to get hold of Econet to understand if they got authorisation from POTRAZ to increase tariffs. Last week POTRAZ issued a directive that kept tariffs at the same levels.

We will be updating as we get more information