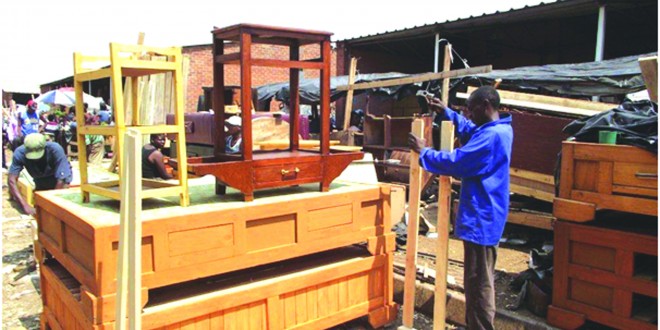 Empower Bank has graced Bulawayo by opening its second branch in Zimbabwe’s second largest city- and it’s not coming with bare hands. Zimbabwe’s only youth-centric bank is going to offer Bulawayo youths collateral-free loans worth $50 000. Wow! if you happen to be an entrepreneur who is based in Harare, I believe you wish to have been in Bulawayo right now.

Rather than being weighed to be given a loan based on your collateral security, Empower bank will weigh the viability of your project so that you can take a loan. Empower Bank board chairman Mr Raymond Njanike said:

We are making a pledge of $50 000 for Bulawayo youths to come on a first come first serve to get the money, to borrow the money but with a viable project. No collateral. The $50 000 is the money that we have given to Bulawayo.

We have various flexible collateral measures in place to ensure that our youths are not disqualified based on lack of collateral. We don’t qualify youths based on collateral. We focus on product viability, its capacity to create employment when assessing the loan applications.

Its a good start for Empower to attract as many customers as they can in Bulawayo with this initiative since they have been failing to get customers. Whilst offering collateral-free loans is only a temporary initiative, it would have been nice if they had such type of a product permanently because there are a lot of people who have brilliant ideas or projects but they are failing to access funding because they don’t have collateral security.

However, I believe collateral-free loans will only be given to entrepreneurs with proven ideas and business models (like chicken rearing) or ant other standing business and not given to emerging/unproven business models (those that come with startups).

But you would understand if Empower bank sidelines entrepreneurs with unproven business models because, by their nature, banks are risk-averse and the start-up arena is not their playground (this applies to everywhere in the world) that’s why most times start-ups are funded by venture capitalists who are risk-tolerant. Usually, banks chip in when a start-up’s business model (or a previously unproven business model) is now viable.