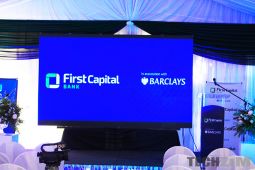 At least now we know why the RTGS$ is referred to as ZWL in the banking community.

Switching over to start supporting the new currency is not too simple though. The banks have to change their core banking systems to accommodate that change. Standard Chartered Bank is probably the first bank to make the change.

Fortunately for First Capital Bank (what we used to call Barclays), they were already going through a systems migration from their old Barclays system to their new owners’ system. When the RTGS dollar was introduced, First Capital simply extended the migration process so they could make the necessary change to their core banking system.

Now they are done, the RTGS dollar now has the symbol ZWL in their system. Their new system also requires that their account numbers change from a 9 digit format to an 11 digit format.

If you are owed money, you better let your debtors know your new account number.

In the new system, those old account numbers will now be prefixed by the whole branch code. Using the same example above, the new account number would now be: 12571234567.

If you use Paynet, you need to upgrade

For you to keep using Paynet, you need to upgrade to the latest version of Paynet if you had not done so already. This allows the Paynet system to accept the ZWL currency code and the new 11 digit account numbers.

The first time you log into your Paynet, you will be prompted to update. You must accept the update. You can also initiate the update yourself. The instructions on how to do this are available here.

7 thoughts on “First Capital Bank Changed Acc No. Structure & Now Support ZWL (RTGS$), Their Customers On Paynet Have To Upgrade”