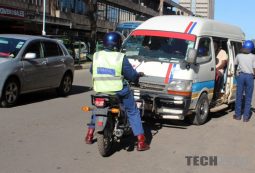 For most of us, computerised law enforcement sounds like something of dystopian sci-fi. With technology advancement, many of the law enforcement agencies are already using algorithms to fight crime. A set of algorithms are designed to figure out where and when the crimes are likely to happen. This is called Predictive Policing.

Preventing crime often comes down to identifying patterns which can be difficult for humans who shifts through thousands of case reports. But it’s much simpler for a computer.

For example, certain types of crime tend to happen based on time and location. So, the system processes years of crime data in a location to get a historical view of crime patterns. It does this through an algorithm. As and when there is a crime scene, they are mapped against existing patterns and it attempts to figure out when and where similar crimes are likely to happen. Its application is not just about policing, it can also be used in Parole decisions to access inmate risks such as recidivism.

Here, we are not at the point where cops are being replaced with computers. But today, part of the long arm of the law is the algorithm.

The predictive policing has seen a big jump with the advancement of AI. Many nations and enterprises are exploring the opportunities of AI with the integration of a wide range of dependent and independent variables for the better prediction of crimes and others.

We have been hearing the term AI for a long time. More and more businesses are now evolving and contributing to the betterment of AI and the predictive policing is also evolving or improving in an exponential rate with the help of AI. The change that it would bring is enormous and we all need to think about it.

Dubai has shown its aspiration to become the smartest police force in the world and shall be accelerated by the most advanced AI technologies and its applications.

The Dubai Police has earlier announced that its AI-powered smart system has led to the arrest of over 100 wanted criminals since the beginning of 2018. The Assistant Commander-in-Chief of Criminal Investigation, His Excellency Major General Khalil Ibrahim Al Mansouri confirmed the AI project in policing includes the advanced smart devices to help to minimise the crime rate and enhance people’s safety and security.

The project has been implemented within Dubai Police’s Strategic Plan for Artificial Intelligence which aims to pace with the wise leaderships intentions to establish the next phase of the use of AI.

Recently, in an Interpol meet, Brigadier Khalid Nasser Al Razouqi, Director of the Artificial Intelligence Department at Dubai Police, has explained the AI strategy of Dubai Police that aims to provide all police services to fight crimes in the city.

The Dubai Police Department is modifying out programmes and projects to reach the future by counting on AI in data analysis service by 2031.

Their strategy aims to create an innovative work environment and balance between AI and human resources. By using AI to predict crimes and criminal investigation in the field of forensic work, police operations, and to enhance traffic safety and road security, UAE will be number one in investing in AI in most sectors. Also, they focus on achieving targets like ‘Delight the Society’ through providing future policing services easily to the public and making ‘Dubai a Safe City’ through the best use of AI systems.

The AI techniques will also be employed in crisis and disaster management, which will inherently help in crowd management during disasters.

He also believes AI techniques also ensure accuracy and speedy responses while responding to customers in different languages and the virtual applications will improve the efficiency of police officers.

To explore more opportunities with AI and to share what exactly the Dubai Police is expecting from the tech leaders, Brigadier Khalid Nasser Al Razouqi has shown his interest to be a part of the world’s largest AI show (World AI Show), Dubai. This is the most opportune moment for the thought leaders and solution providers of the AI industry to explore opportunities with the UAE departments.

If tech innovation is at the core of your business plans this year, Dubai is where you should be! Book your tickets now.