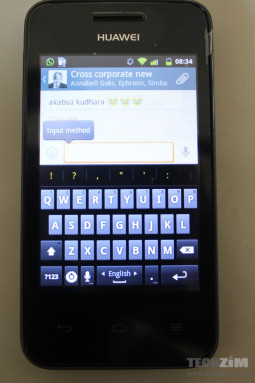 The Federal Nigerian Government has created a committee that will ensure that the number of counterfeit phones in the country is reduced drastically. It’s not only Nigerians who are tired of fake phones – last year Kenya banned phones with battery lives lower than 8 hours of talk time.

The joint committees; a Project Steering Committee and a Project Delivery Team will look to address security concerns and cybercrime arising from the proliferation of fake and substandard phones in the country. Apparently, there have been a number of fraudsters using fake devices to commit cybercrimes. The committee will also look to ensure that all mobile devices are in line with agreed standards and specifications and the approval of all mobile devices used in the telecommunications of the nation.

What’s little known about fake phones is that they actually pose a huge risk to users for a number of reasons. These devices don’t go through the same rigorous checks compared to their rivals and this means incidents such as what happened with the exploding Galaxy Note 7 are more likely and if something like that happens there is no one to hold accountable, which is why brands like Samsung will try their best to ensure that never happens again or they pull the phone as they did with the Note 7. A manufacturer making fake phones doesn’t have to pull the phones from the market because they can’t be held accountable.

Apart from physical risks, manufacturers can also pre-install malware that steals personal information, makes payments or manipulates messages. And because data is the new gold, who knows what kind of data might be getting sold off without your permission. This might not be the case at all but the fact that you have no way of knowing when using this kind of device makes using fake phones an unnecessary gamble.

Also read, Qualcomm Is On A Mission To Make It Impossible To Sell Stolen Or Counterfeited Phones