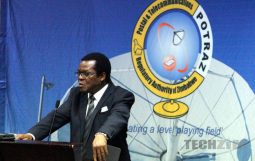 The original article was saying that the POTRAZ boss had failed to attend the court on Monday, but as written below, he attended- only that his trial was postponed.

POTRAZ’s boss, Gift Machengete appeared before the court on Monday but his trial was postponed to next week on the 18th and 29th due to an ITU conference he was supposed to attend. Since December last year, The POTRAZ Director-General has been facing criminal abuse of office charges after he awarded a contract to a local company to construct 24 Container Village Information Centres (CVIC) worth $1.5 million.

Even though his trial was postponed on Monday for him to attend the ITU conference (on Monday also), he didn’t manage to attend the conference in time to give his inaugural speech. Actually, last week on Friday Mr Machengete had asked the court to excuse him from the Monday trial but the court was late in granting him the request which is why his eventual court attendance on Monday hindered him to get to the ITU conference in time.

What are the charges

Last year the POTRAZ boss engaged B Smart Business Solutions to build CVIC’s in a way that violated the Procurement Act. Although the Director-General had applied to Praz to enable POTRAZ to purchase CVIC’s, however, he awarded the contract to construct CVIC’s without the going through a tender process in terms of the Procurement Act.

2 thoughts on “{Updated} POTRAZ Boss Trial Postponed To Next Week”