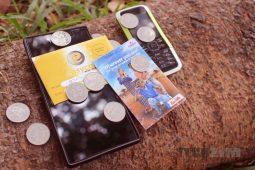 This is part 2 of a 3 part series on pricing of mobile telephony in Zimbabwe especially mobile broadband. You can read part 1 here.

I didn’t think I would take too long to write the second part to this series. The telecom operators took too long to respond to my questions. In fact, the majority of them have not even responded yet and I don’t think they plan to. Such is Zimbabwe, we believe in secrecy and don’t trust much. The idea was to get comments from all telecom operators: the MNO’s (who are the primary focus), fixed telephony operators and fixed internet services providers.

Anyway, the first part to this series focused on whether or not we should even compare data prices across countries. My conclusion to that was that such comparisons are mostly nothing beyond an exercise in futility. The obsession with these price comparisons doesn’t exist much outside mobile broadband except in trivial listicles like ‘Top 10 most expensive cities to live in.” This is because arbitrary price comparisons don’t mean much, national contexts differ too much and some of the nuances are incomparable.

With this article I will focus on whether the current pricing is viable and ensures the sustainability of telcos in Zimbabwe. I won’t make the same arguments that we see all over, I just want to consider a few things and be done.

In the last quarter of 2018, mobile network operators realised 13% less revenue than the previous quarter. This was the first time since 2014 for revenues in the fourth quarter to be less than revenues in the third quarter. Worse still operating costs increased by 5% in the fourth quarter compared to the third quarter. This means the operators had their margins reduced by 18% Q3 to Q4.

When we look at the full year (2018) performance contrasting it to 2017 we notice that mobile operators’ revenue grew by 36% and their operating costs grew by 25%.

The telecom operators that responded to my questions said that over 80% of their operating costs are in foreign currency. If we assume a flat 80% of costs being foreign currency denominated the picture above gets far worse.

Remember, reporting was being done at USD:RTGS rate of 1:1. It thus means that with the floating of the currency, the MNO revenues remain the same (mostly) whilst 80% of costs have effectively gone up by a factor of 2.5-3. If we apply an exchange rate of 1:2.5 to 80% of the costs above we will get the picture below for the 4th quarter of 2018.

If the operators are being truthful about the 80% figure it means their margins in real terms are negative. I doubt they would be taking it so lightly if that were the case so the 80% of costs being forex is probably an exaggeration. In any case there is some revenue they receive as forex as well: roaming fees and international interconnection fees.

Even so, the picture above is still very useful in showing that local operators are not in a very comfortable place, far from it. Let’s show the utmost distrust of telecom supplied data and assume just 40% of their costs are paid in foreign currency. Here’s how the visual looks:

With our hypothetical assumption, the margin per user per month would still be negative: -$0.05.

So how are the operators surviving?

Debt! Telecom operators in Zimbabwe are in mountains of debt. Those stories about global vendors refusing to supply Econet until they get some of their owed money are true. Econet refuse but the stories are true.

Capital expenditure, up time and growth

We have merely considered the operational unit economics. Telecommunications is a fixed capital intensive space. As the number of subscribers increases there is need for increased capacity to handle the volumes and so an investment into infrastructure has to be made.

In the fourth quarter of 2018, the number of mobile subscribers increased by 1.3% from the previous quarter. More impressively, the number of active data subscribers grew by 14% and data consumption grew by 16%. That rate of growth needs more investment in infrastructure.

We can feel this reduction of money invested through the decline in service quality and up time. The telcos that responded to my questions probably lied to me. They said they are managing to keep their up time to the levels stipulated by regulation. It doesn’t feel like it!

When POTRAZ reviewed tariffs and changed them to remain the same (yes that’s what happened), they justified it by saying that operators were already overcharging us. They were well able to remain viable without having to increase tariffs.

This however contradicts their own data. The figures for revenues and costs I have used above all came from POTRAZ. Those numbers DO NOT show a healthy sector.’

The ‘price change non price change’ (reminds of the ‘coup non coup’) also contradicts what the POTRAZ Director General has been saying for a long time. He has been saying things like service quality will continue declining because of the forex crisis the country is in.

One is left to speculate that the directive to keep pricing the same is nothing more than cheap populist politics. Sadly, populist populist politics harms the population it’s supposed to be popular with. These companies are dying slowly and they will eventually fall and give up the ghost if their viability is not considered important.

It’s not that simple though

Cost of telephony services must not simply be investigated in the light of business unit economics and business viability alone. Affordability must also be considered and that is the focus of the next installment in this series.

Even POTRAZ is not the villain hey, I am sure they are trying to balance on a very thin tight rope. It is still important to look at this issue from as many angles as possible.

5 thoughts on “Pricing Of Mobile Telephony In Zimbabwe, Does It Make Cents?”