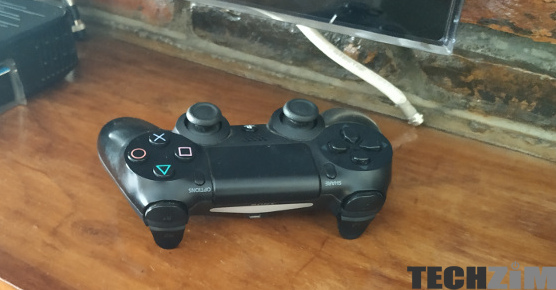 If you have a gaming console you’ll know that any and every time you have to enter some text you roll your eyes in frustration because that joypad/joystick/controller is definitely not the most ideal input method for text. For me discovering the PS4 Second Screen App was a heaven sent because there are a number of functions that I used to carry out with teary eyes using the controller that I now breeze through using the phone.

What can you do?

The application allows you to complete a number of actions that would otherwise be a thorn in your backside with much ease.

Once you’ve connected your phone and PS4 to the same WiFi network you’ll be taken through a process that allows you to pair the two devices and once that’s done you have access to the above features. Navigating through menus does take some getting used to since you’ll be swiping on your screen in a motion that’s not as natural but once you’ve gotten the hang of it it’s pretty convenient. One thing I wasn’t a big fan of while using the was the fact that some popular apps like Netflix don’t support it which means if you’re watching Netflix you’ll open it using your phone and then navigate using the controller which defeats the purpose of having the app in some cases.

The best feature (by a longshot) is the text entry. Even if the second screen app didn’t have the broadcast or navigation features and it was just a keyboard for every time you’re entering text I still would have gotten it. In fact, I stumbled on those other features after having downloaded it for the text and I think that alone is worth 5 stars. Unfortunately, I couldn’t leave my own review because the PS4 Second Screen app isn’t available on the Zim version of the Play Store so you’ll have to sideload it. I downloaded it here.

Get in with the right expectations

If you look at the reviews of the Second Screen app, you’ll see it has 2.6 stars from 18 thousand reviews and I think that’s because most people believe PS4 Second Screen = play games on your phone which isn’t the case at all. If you get in understanding the functions of the app then you’ll understand the convenience.