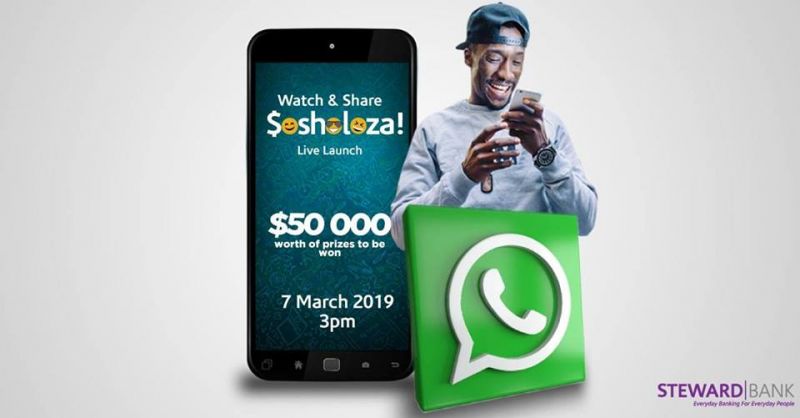 For years now NetOne has been in the unenviable number two position. One of the biggest blocks to them usurping or at least closing the gap to number one mobile network operator in Zimbabwe is EcoCash which until recently was owned by Econet Wireless.

Preferred telecoms network for many

NetOne is indeed preferred by a lot of people as their telephony service provider, around 3 million people to be precise. With the challenges most operators are facing right now, NetOne is proving to be the most consistent operator at the moment.

Besides this recent test and ‘win,’ NetOne’s biggest draw card is their bundled services offering OneFusion. Even after revising the offer and taking out some goodies, it remains arguably the most lucrative offer for any average user.

However, even with OneFusion, NetOne has not gained significant ground against Econet. In fact, when they cleaned house and switched off non active subscribers at the beginning of 2018, NetOne’s subscriber numbers dropped from almost 5 million in 4th quarter 2017 to 2.6 million in the first quarter of 2018.

The problem is EcoCash

The biggest difference that puts Econet in front in spite of OneFusion is and has for a long time been EcoCash. EcoCash is not only a service that just works or the dominant mobile money solution, it is Econet’s moat. A moat is a defensive water body around a castle. The term was first used in business strategy by the maestro himself, Warren Baffet. For Zimbabwe’s context, think of a moat as the wall around the settlement at Great Zimbabwe.

EcoCash makes it almost impossible for anyone in Zimbabwe to ignore Econet Wireless. Those that defect to NetOne or Telecel almost always keep their Econet SIM in a little feature phone: kambudzi. They remain Econet subscribers just to keep EcoCash going on. That’s the power of network effects.

First gift to NetOne was from EcoCash themselves

Last year, EcoCash made it possible for NetOne and Telecel subscribers to register for EcoCash. They however can only transact using the EcoCash app over the internet because NetOne does not recognise EcoCash USSD codes.

Strategically, NetOne might have missed a step there. They should have just sacrificed OneMoney and opened a front on the war to win in the telephony space. They should have welcomed the registration of their subscribers on EcoCash and made it possible for them to do so via USSD.

Yes that would have been the end to OneMoney but they would have removed their subscribers’ reason to carry on a flirtatious relationship with Econet. They would have made the jump to NetOne from Econet to be not as scary because such jumpers would still be able to seamlessly use EcoCash.

The downside though would have been that Econet could still have played dirty: after NetOne killed OneMoney nothing would have stopped EcoCash from disallowing non Econet subscribers from registering for EcoCash. NetOne would have found themselves without OneMoney and a bigger problem. Maybe that’s why they didn’t take this gift.

With Sosholoza, Steward Bank offers even a better gift to NetOne (well and Telecel). Now that wallet to wallet transactions are now possible on a new platform called Steward Bank Sosholoza, the game has changed. No one needs to stick to Econet just so they can have EcoCash. They can still receive from and send to EcoCash from any mobile network and mobile money wallet.

This is a better gift because now the tables have changed, OneFusion and the current superior network performance of NetOne can be real draw cards or even moats for NetOne the mobile network and OneMoney, their mobile money solution all at the same time.

For the first time in a long time, the battle in the mobile telecoms arena in Zimbabwe will be based on nothing but the quality of service and pricing. Generally until the current problems, Econet does well on the former and NetOne on the latter.

This could be one of the reasons why Cassava will be under pressure and may consider instructing Steward Bank to stop this Sosholoza thing. I have already proposed another problem for Cassava: the legal implications of using monopoly power anti-competitively.

Of course another just as potent threat to the survival of Sosholoza is the base human tendency of envy, paranoia and politics on the part of other Cassava and Econet executives. We are all humans hey. Whatever it’s going to be, Sosholoza introduces a lot of questions that Cassava and Econet may have never thought they would find themselves asking. That’s the paradox of innovation.

5 thoughts on “Steward Bank’s Sosholoza: Best Gift Anyone Could Give NetOne”