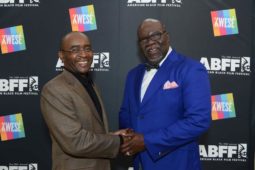 So a guy called Rutendo Matinyarare is a conspiracy theorist of sorts on social media. He talks about a lot of things presenting them as fact. At some point the guy picked up an axe to grind with Strive Masiyiwa, the founder of Econet.

He started of course saying a lot of stuff including that Econet killed a human being. Yes, literally killed a person. The motive? Well the guy Rutendo claims to have been killed by Econet was a whistle blower against Econet for cheating on taxes. Allegations which Econet refused and some of which Econet was recently acquitted of.

Anyway the whistle blower, Edward Matambanadzo later died in a car crash and Rutendo claims it wasn’t an accident. He says Econet hacked the man’s car.

Late last year, Econet and Strive Masiyiwa’s lawyers wrote to Rutendo Matinyarare threatening to take him to court and suing him unless he retracted his accusations. The letter was also served to Mutumwa Mawere, a contemporary entrepreneur of Strive Masiyiwa. The theory according to stuff that Masiyiwa has shared on Facebook is that Masiyiwa believes Mawere is bankrolling Matinyarare.

On the 22nd of March Masiyiwa and the Econet legal team approached the High Court in South Africa suing Matinyayrare, Mawere and another dude. Yes, the threat went unheeded by Matinyarare. In fact he kinda said, “bring it on.” They have brought it on.

I am not too sure this was the right call though. Whether or not what this guy has been saying on social media is false, Strive Masiyiwa and his companies should have just ignored it. People run out of steam when they are met with indifference and on social media the news cycle changes pretty fast.

I think the best would have been to keep the conspirator ‘conspirating.’ We were never going to pick up the stories on Techzim for example because they have no proof but now we are reporting on the Econet reaction and the issue is getting broadcast further.

Anyway, they obviously know what’s going on more than I do….