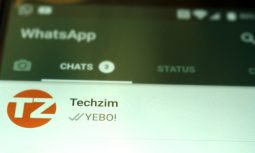 Yesterday, the ruling party Zanu-PF summoned administrators (Admins) of its social media platforms for a hearing meeting that’s scheduled for this coming Saturday. Party members are reportedly abusing their use of social media, much to the party’s annoyance. So perhaps Admins are needed so as to control the content posted by party members. The letter, dated 5 March 2019, read: 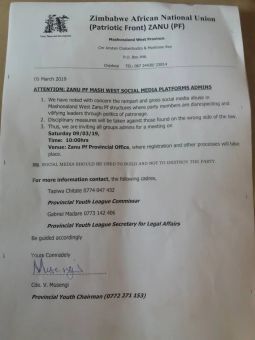 Should you be scared of legislation that requires you to register as an Admin?

This action taken by Zanu-PF probably sent chills down some people’s spines. They probably start to think that maybe Zanu-PF, as it is the ruling party and has a majority in the parliament, would one day come up with some weird legislation that requires social media admins to register with the government just like what happened in some state in India.

I hardly think so because enforcing such a law will be extremely hard since there is no way of monitoring what’s being said in social media groups. Even if Zimbabwe had sophisticated monitoring technology like the one used by the CIA (Watch a movie called Snowden), it’s hard to snoop social media platforms like WhatsApp as they are encrypted.  But you never know, anything can happen. Some figures from the ruling party have lately been taking subliminal shots at social media, so I wouldn’t be surprised if they contemplate coming up with that kind of absurd legislation.

4 thoughts on “ZANU-PF Summons Admins Of Its Social Media Platforms For A Disciplinary Meeting. Scary?”