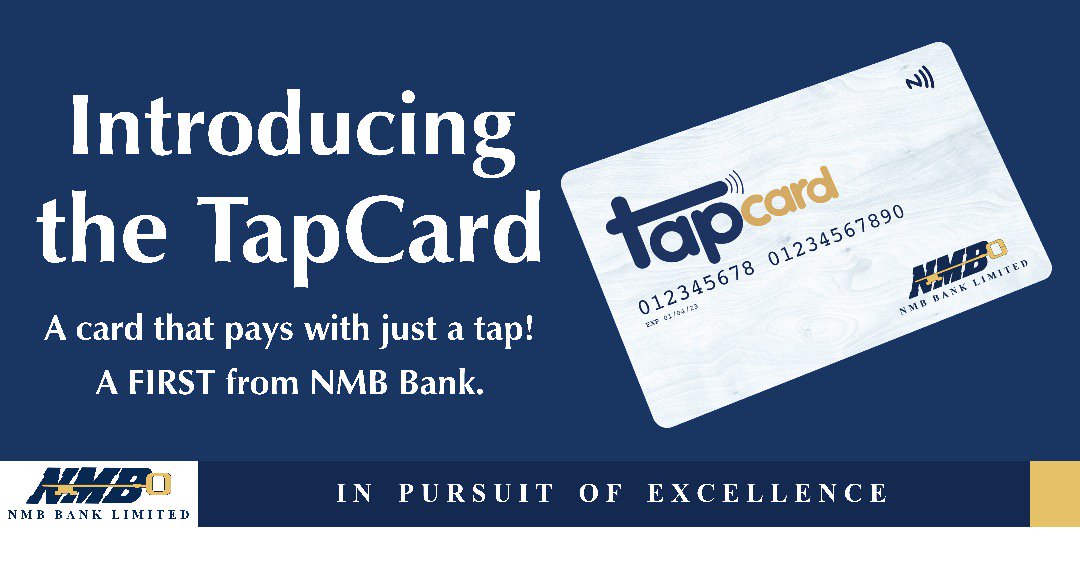 NMB recently announced TapCard, an NFC enabled card that’s supposed to make transacting noticeably faster than it has been to date.

The TapCard “only needs to be tapped against a point of sale machine to pay for any purchase” according to NMB.

More interesting however is the fact that you don’t have to be an NMB customer to get the card. That makes it more attractive and it opens up the number of people who can get their hands on one of these significantly. It also increases the incentives for merchants to adopt this as it won’t only serve NMB customers.

Of course for merchants to adopt this in any form they’ll have to wait until the cards have been adopted but for customers getting the cards without merchants having installed the NFC infrastructure will be a hard sell.

Users will be able to top up the card using EcoCash, ZIPIT, KaGwenya or any Zimswitch enabled POS.

According to NMB’s head of digital banking Cloud Nhau, there were two particular issues they were trying to tackle: delay in payments due to network congestion and putting an end to bank queues where people are trying to withdraw small amounts to use in shops:

People are queuing for cash at banks to make small payments such as bus fares for themselves and their children as well as pocket money or any household use. Cashless payment options such as swiping or using mobile money are not always convenient for these sort of small payments.

Anyone can get a TapCard with or without an NMB bank account. Unlike the standard swipe card, the TapCard utilises near field communication (NFC), which does not require any network for transactions to be processed, making it possible for use anywhere, especially in remote places that include those that many buses go to.

NMB are also eager to get these cards into kombis but the drivers and conductors have always resisted electronic payments in their buses and it will be interesting to see if NMB are going to adopt a strategy that finally sees them get cashless payments into the kombi.

The most interesting thing about this card is the fact that there will be no charges associated with using the card. The card is just like cash. That incentivises using the card for customers since electronic transactions have been an extremely costly undertaking thus far. Maybe this will be the incentive that makes people adopt the card in huge numbers and merchants can then place infrastructure

Any merchants signed up already?

In terms or merchants already partnered, word from NMB is that they have partnered transport operators associations and schools. Soon there will be support for the card at “tollgates, CityParking, tuckshops and vendors.”

It will be interesting to see just how well NFC will be received this time around considering that EcoCash tried it before and they hit a brick wall.

3 thoughts on “NMB Introduces NFC-Based TapCard With No Transaction Charges!”