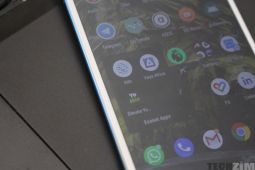 Yesterday EcoCash warned people not to use Ecolegder, an app that’s arguably the most loved Zim app on Google Playstore at the moment.

Basically, Ecoledger allows you to track your EcoCash transactions, records the financial history and classify the different uses of the money in your wallet for a specific period. On top of that, you can generate and download a statement with a history of your transactions. These functionalities make it quite appealing to at least 100 000 people which is why it’s one of the fastest adopted finance apps in Zimbabwe. The ironic part is that it’s now the most downloaded apps relative to the EcoCash app.

In the process of warning people, EcoCash both promoted Ecoledger and gave people a reason to bash them about not letting them know that they are not associated with Ecolegder long time ago. I agree with these people because when you come to think of it, Ecoledger has been existing for at least a year and EcoCash comes out now (yesterday actually) disassociating itself from the app. So part of the reason people were angry with EcoCash is that it hadn’t warned them from using Ecoledger since last year yet the app knows about their EcoCash finances. Here’s just few of the angry comments people made:

13 thoughts on “EcoCash Sends A Warning Against Using One Of The Most Popular Apps, And It Backfires”