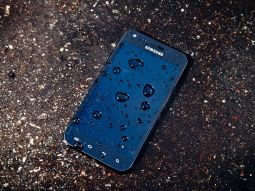 It happens to all of us eventually. Maybe it’s a spilled drink, or a dip in the toilet but the end result is a wet phone. In order to avoid expensive repair costs or being forced to buy an entirely new phone, wet phones need to be dried quickly to prevent damage.

Here are some tips on how to dry a wet phone, as well as what to avoid to accidentally damage a phone even further

Resist the urge to test your phone to see if it still works. Pressing buttons can allow liquids to leak further into the phone or cause a short circuit when the device is activated.

Unless it’s absolutely necessary, do not press any buttons until the phone is completely dry.

Turn off the phone

This would be the exception to pressing buttons. Before any drying can take place, it’s necessary to turn off the phone. This prevents any further chance of a short and keeps any buttons from being used while the device is being dried.

Many phones these days dont have removable batteries but if yours is removable, then remove it.

This step can be used in place of turning off the phone as it lessens the risk of accidentally ‘short circuiting’ the phone out while trying to turn it off.

Remove any cases or accessories

To help air out the phone, remove any kind of external accessories attached to it. This includes things like cases, which you have likely already taken off if you removed the battery previously. Also remove the memory card and SIM card too.

To dry the accessories, simply wipe them off with a clean cloth and allow them to sit out in the air.

What NOT To Do when drying your phone

In order to properly dry a wet phone, it’s important to first cover what kind of things you shouldn’t do when drying one, as well. To be frank, many of the “common sense” tricks to drying phones are actually more harmful than helpful and can cause serious damage to a wet phone. While some of these may seem strange, I have met and heard people who have actually employed these measures.

A blow dryer is a first option for many attempting to save a wet phone, but it’s actually one of the easiest ways to ensure its demise. The air from a blow dryer may work to dry out wet hair, but it will likely have a much different result when used on a phone.

The heat produced by a dryer can quickly melt or damage delicate internal components of the phone.

No matter how low the oven is set or how little the length of time it will be inside, trying to dry a phone in an oven will only lead to a disaster. While it will likely be extremely effective in drying your phone, it will also result in melting the plastic and burning the internals.

While it may be most people’s first instinct to shake something wet, doing so could be harmful to your wet phone. Shaking a phone could throw off the water on the outside, but for any water trapped inside, it won’t useful. Shaking might also moisten many other areas that may have been untouched previously.

How To Dry a Wet Phone:

Now that you know what not to do when drying your phone, it’s now time to learn how can dry your phone.

Cloth drying is effective at removing water from the surface of your phone, but won’t do much to help water trapped inside of it. Just avoid turning the phone over too much, as that can cause water to drip into other areas and potentially damage it further.

Rice is great at absorbing moisture and is many people’s first idea when it comes to saving a wet phone. Have no qualms to use rice to dry that precious phone. Make sure your phone is covered in rice.

Do you know those little packets you see when you buy new shoes labelled “Do Not Eat? Things inside those packets are called Silica Gels.

Companies package things with silica gel packets specifically to prevent moisture taking hold inside the packaging. If you happen to have any on hand, toss a few into a sealed container with a wet phone and allow them to absorb the moisture. Actually silica gel is said to be a better moisture absorbent than rice according to a study by a UK firm.

For those who have cats at home, cat litter might prove to be helpful. Cat litter is designed to suck up moisture.

While its effective at pulling wetness out of your phone, cat litter can become trapped inside and potentially cause damage on its own. So If you are planning to use cat litter to deal with a wet phone, try wrapping it in a thin cloth first to block litter from getting in.

You should leave your phone in cat litter, rice and silica gel for at least 48 hours (and 72 hours at most) so that it can dry out.

There’s obviously no guarantee that your phone will work again after drying. But there is a good chance of your phone opening its eyes again if you dry it properly. No harm in trying right?