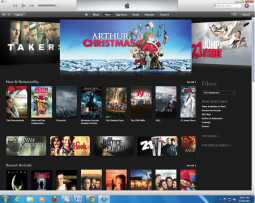 iTunes has been the talk of tech town recently, as rumours circled that the all-encompassing app was living its final days. And last evening, Apple confirmed its demise at its annual Worldwide Developers Conference event. R.I.P, iTunes.

The platform was used by Apple users to listen to music and podcasts, and watch films and TV shows, for the best part of two decades, but now, at the ripe old age of 18, the platform closed.

Each app exists in its own right. Splitting its entertainment ecosystem into three apps is surely one way for Apple to simplify user experience.

So, if you fancy watching a TV show or film, you head to Apple TV. If want to tune into music, head to Apple Music. Want to plug into your favourite podcast? You get the idea… head to Apple Podcasts.

iTunes was always a massive frustration to use, largely due to constant errors, slow load times, and so much clutter. But now, it’s going away, and this division of labor can be a good thing. It makes things run smoother, and gives consumers a more joyful experience.