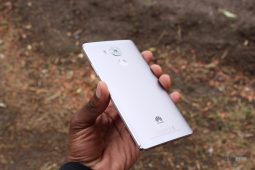 Huawei is running into more problems after the US government banned major tech firms from doing business with the Chinese company. Reuters is reporting that Facebook is now joining Google, Microsoft, and others in the Huawei ban.

The social network giant is reportedly pulling its apps from Huawei devices. More specifically, Huawei will no longer be able to pre-install Facebook apps on its new phones, and that includes Facebook itself, as well as WhatsApp and Instagram. Facebook said the company’s apps will continue work and receive updates for existing users, but new users who get new (and existing) phones, won’t be able to get the apps pre-installed.

As Google is blocking its services on new Huawei devices, users won’t be able to access the Play Store to download the Facebook app and its other sister apps, Instagram and WhatsApp. However Huawei users will still likely be able to download the app through 3rd party sites. I think without the native mobile apps, Huawei’s upcoming phones may no longer be a choice for people looking to buy new phones.