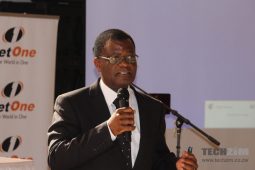 A number of Zimbabweans harbour the feeling that people working eagerly in government companies and departments run the risk of being booted out because of that eagerness. Former NetOne CEO Reward Kangai seems to also agree that being innovative whilst working in a government-owned enterprise might not be the of ideas.

Posting directly to Twitter, Reward Kangai spoke on companies having to choose between innovation and cost-cutting. The thread is pretty informative and given that it’s coming from the former CEO of the second largest network provider it does give some perspective as to how some of the decisions made in the past few years were reached. Here is the thread:

Some 10 years ago, Mobile Telecomms operators reached a crossroads, where they had to choose the route of ‘COST CUTTING’ or ‘INNOVATION’. Those that chose the INNOVATION route are reaping handsome dividends. Cost cutting route brought short term benefits but not sustainable.

What gave rise to the point of crossroads are many factors, key among them is the ‘Death of distance’, as reported by the Economist magazine more than 20 years ago, largely brought about by the Internet & Mobile telecomms itself, as the key vehicle for Internet delivery.

The ‘Death of Distance’ meant that distance was no longer a factor in the cost of a call. We all know this as the cost of an overseas call now, is what it costs to access the Internet! This is all courtesy of Voice over the Internet Protocol, VoIP, like WhatsApp, Telegram etc.

At the same time, the infrastructure capital costs needed for Internet service increase, as mobile networks evolve from 2G to 3G,4G, 5G. They have faster speeds but their geographic area of coverage decreases, hence more base stns needed & more capital & operational costs.

Faced with the dichotomy of increased capital & operational costs, whilst revenues were heading south, many mobile operators chose the ‘Cost Cutting’ route, but that’s not sustainable in the long term & is, in fact, a ‘perilous route’, to use the expression Dr W. P. Mangwende

For a State Owned Entity, SOE, the INNOVATION route is noxious to management, given the rigid Gvt controls, bureaucracy, uneven regulatory framework etc. I can confirm that Innovation in an SOE is punishable! So, what then is the way forward for an SOE in the industry?

Gvt needs to get a Strategic Partner for a combined Mobile & Fixed Telco operator. Strategic Partner MUST be a global operator with at least 10 operations in Africa, in order to benefit from economies of scale & scope in equipment purchases & product development.

Finally, Gvt through MoF @MthuliNcube needs to provide an avenue for the ordinary Zimbabwean to also purchase some shareholding in the combined Mobile & Fixed Telco SOE to be privatized & some Employee Share Ownership scheme as that would increase subscription & staff motivation.

Whether the punishment Reward Kangai is referring to is his controversial removal as CEO of NetOne or it’s something else is not entirely clear but considering NetOne and Telecel’s track record with innovation, I can’t help but give Mr Kangai some benefit of the doubt.

Considering that there are only 3 operators and the government has shareholding in Telecel and NetOne, it’s not too hard to conclude that the “many mobile network operators” referred to are the ones that are owned by the government.

The (perceived) lack of innovation at these two networks has resulted in both playing catch up to Econet who are far ahead in terms in the telecoms space and also in the mobile money field where they are all competing.

The governments plan to sell part of their stake in NetOne and this could result in some reforms and a culture that fosters innovation even though it doesn’t meet Mr Kangai’s suggestion of employee share ownership and ordinary Zimbos having a stake in the company that formerly employed him.