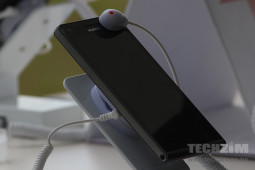 If you’re among the group that firmly believes that Huawei will walk away from Android and become a stronger company, this article is for you. Huawei’s replacement Ark OS – has been spotted in the wild and here’s what it could look like:

I said it could look like this because the screenshots shared could be from an earlier phase of development and the OS might have taken a different turn or it might take a different turn by the time Huawei announces it. That’s if they announce it to begin with.

The screenshots where obtained from the filing of a patent claiming protection of certain design elements of the user interface.

There’s still a lot of uncertainty regarding the impact this ban will have but my fears are less to do with the issue of an OS and more to do with the app ecosystem. The app ecosystem is what crippled Windows Mobile, Firefox OS and a bunch of other OS’s not named Android or iOS. How Huawei addresses that issue might be more indicative of how well their smartphone business will continue to do globally.