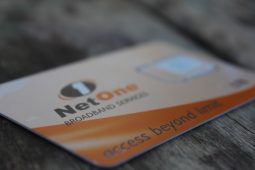 NetOne has made some interesting marketing efforts of late, and it seems central to their marketing is taking subtle digs at Econet wherever they can. This playfulness will probably appeal to subscribers who usually welcome drama with open arms.

Back when NetOne announced their 1.2GB data bundle they struck with this:

Ok, that one wasn’t exactly subtle but it was the first of many such digs that would become common on NetOne’s page.

NetOne users have for long time claimed that their data is more reliable and faster than Econet, which might not be entirely false once you consider the number of users who rely on Econet’s network.

It seems NetOne grabs any opportunity it can to remind people of their advantages (as they should) as they also mocked Econet for blocking WhatsApp calls:

It’s not really clear why Econet has blocked these calls but maybe it’s because they fear people would rely less on network based calls or if they feel the WhatsApp bundles would be depleted much quicker. Ultimately, NetOne took it as an opportunity to blow their horn.

Finally (and this one might be a bit of a reach), NetOne also seemed to have boasted of offering superior call quality with this ad on their Twitter page:

Keep in-touch with loved ones across the world via NetOne. Switch over and Join the most reliable service provider in Zimbabwe today, for just $1, get your SIM card at any NetOne shop/outlet across the country and experience the FREEDOM! pic.twitter.com/tKfzVnpsL9

This could be me forcing things a tiny bit but I felt that “reliable network” bit is once again targeted at Econet who have been accused of having poor network recently.

Regardless, this type of viral marketing seems to strike chords with the masses and brands like Nandos have become pretty famous for such marketing, so it might be a good idea for NetOne to continue down this path. One thing is certain, this will give subscribers something to talk about if sustained.