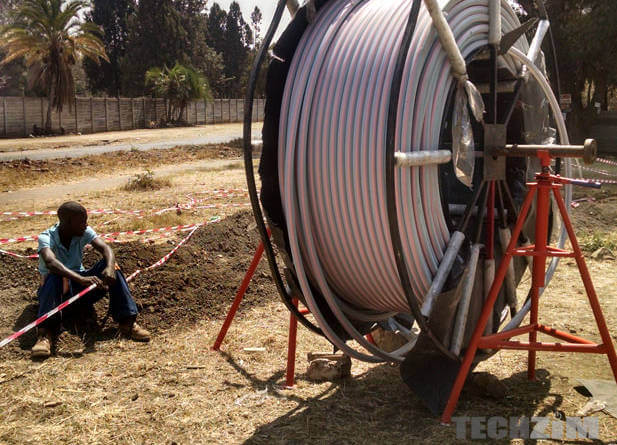 Harare City Council’s new proposed requirement on Internet Access Providers (IAP) will slowdown the roll out of fibre internet accross the country as it will significantly increase their costs. In it’s supplimentary budget, Harare City Council (HCC) proposed to introduce astronomical fees that will be charged to IAPs for digging trenches. From a Newsday report:

Back in June HCC and Harare Residents Trust complained about the apparent carelessness by the IAPs of leaving some trenches not fully covered and taking too much time to cover them. So it seems like this is where the urge to charge IAPs these fees came from. From The Herald:

The City Council is not happy with these companies that operate around the city, we give them approval to do their work and we expect them to cover up the gullies within the agreed timeframe, but unfortunately these companies are not meeting up to their end of the bargain

IAPs who dig trenches and lay cables without the permit would have to pay a fine of $100 000 for every meter.

How can IAPs deal with this

If laying down fibre optic cables underground gets prohibitively pricey owing to the fees then IAPs would have to try out two means to take Fibre-To-The-Home.

Secondly, IAPs can use the sewage system to roll out fibre. As gross is it probably sound, IAPs in South Africa are doing this too. Again this method utilizes the existing trenches (sewage tunnels actually) which could be cost effective.

Since the supplimentary budget was rejected by the Harare Residents Trust, it’s likely that the fees won’t be introduced anytime soon (but highly likely in the foreseeable future).