Who doesn’t like easy money? Frankly, nobody wants to pass any chance that fattens their pockets easily. I thought I had that chance through Econet’s Buddie Beatz promotion but sadly it never happened. I’m not sad, I’m actually angry.

Three weeks ago, Econet sent users flaunting their promotion which promised to reward you if signed up people on Buddie Beatz, their Spotify-like platform. 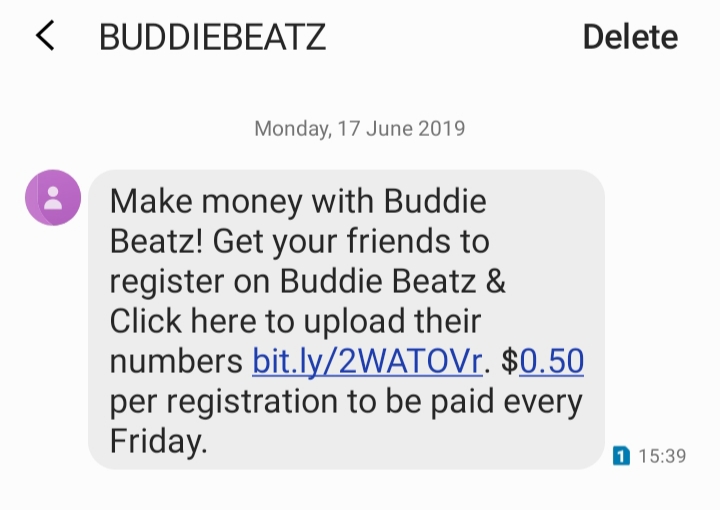 As a broke person I was happy to know about this promotion. And as a lazy person, I was glad to know of this ‘sweatless way’ to make money.

In less than an hour of receiving that message I had signed up pretty much all of my Econet contacts and I took the back seat waiting for Friday to arrive to receive my reward. Boy was I wrong.

Friday came and went and I didn’t receive anything from Econet. “Fine, maybe they are busy dishing out the money to others and my turn will come on Saturday morning”, that was me thinking.

Come Saturday afternoon, without receiving anything I decided to take my issue to Twitter and sent them calm tweet asking them about my reward.

To which they replied saying: 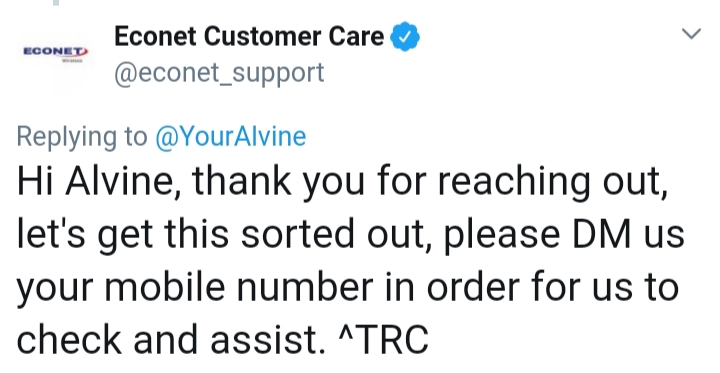 I obediently DM’d them (sent a direct message) and I was in for a surprise as they told me that payments are done Thursday (not every Friday which they had told us in their marketing message). 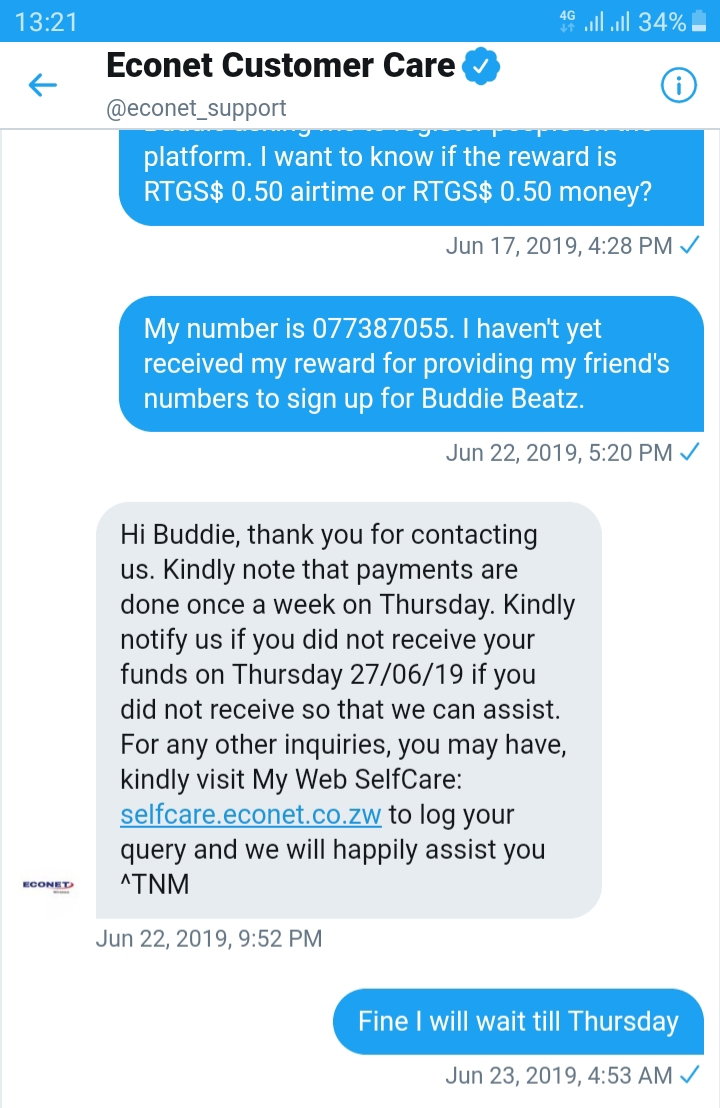 I was still calm. And I waited for Thursday to come and again I received nothing. The following day I DM’d them again and they didn’t hesitate to disappoint by asking me to send them the numbers of people I had signed up on Buddie Beatz. Really??? 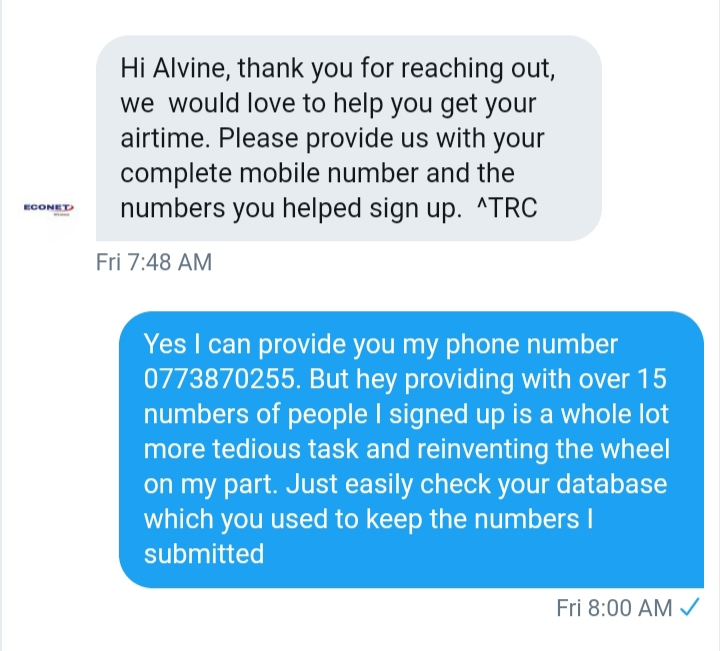 After 3 ignored messages they sent me this message: 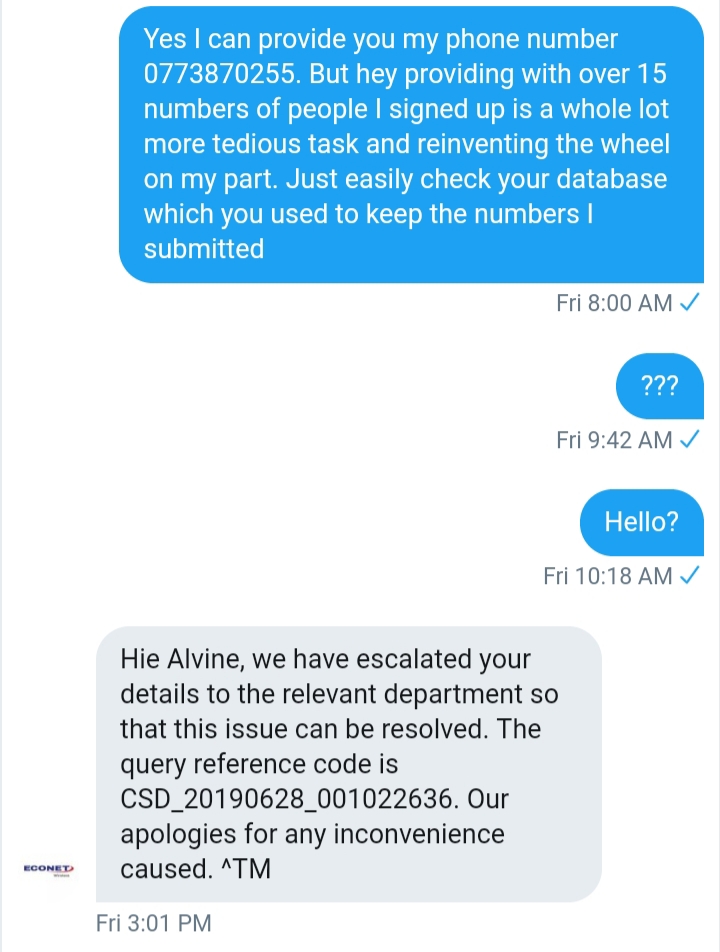 I was hoping that by the end of Friday I would have received my money but no I didn’t. 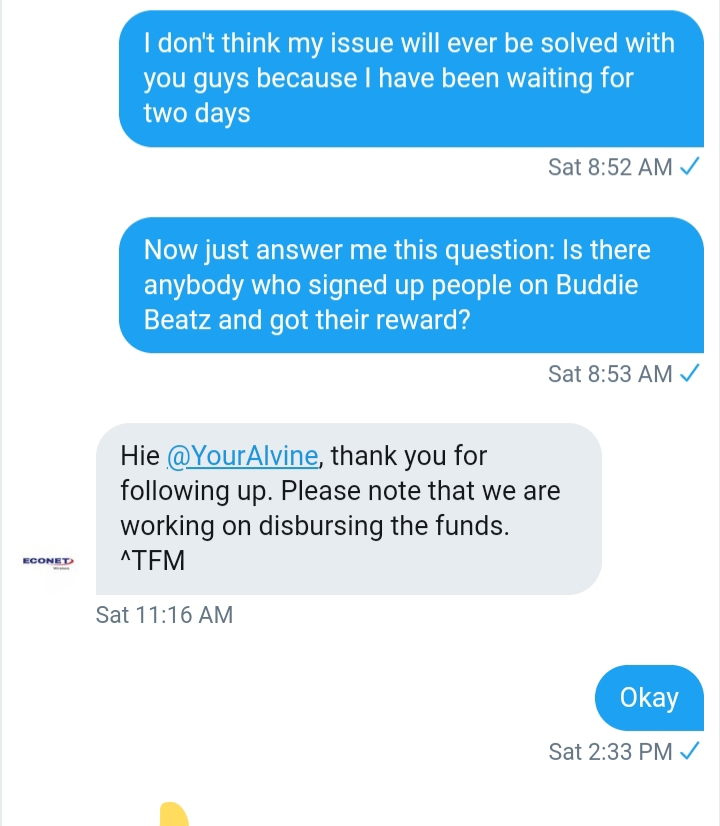 And on Monday I asked again but still nothing came up, they just ignored. 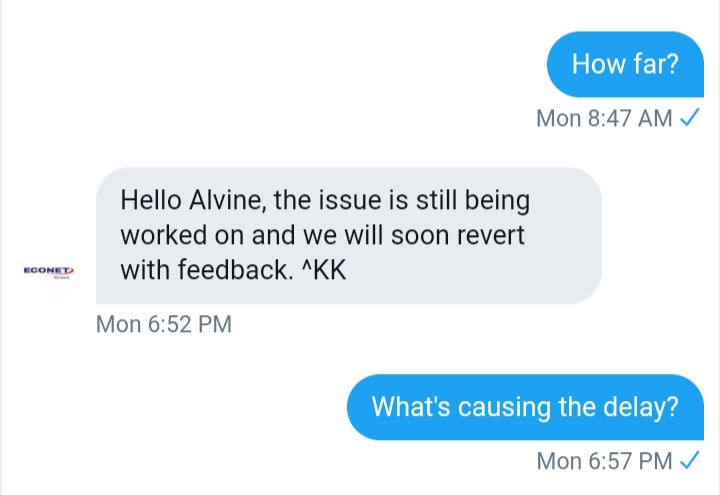 After waiting for 2 days I suddenly came to realize that I wasn’t gonna get anything from Econet. So decided to do a bit of mudslinging. 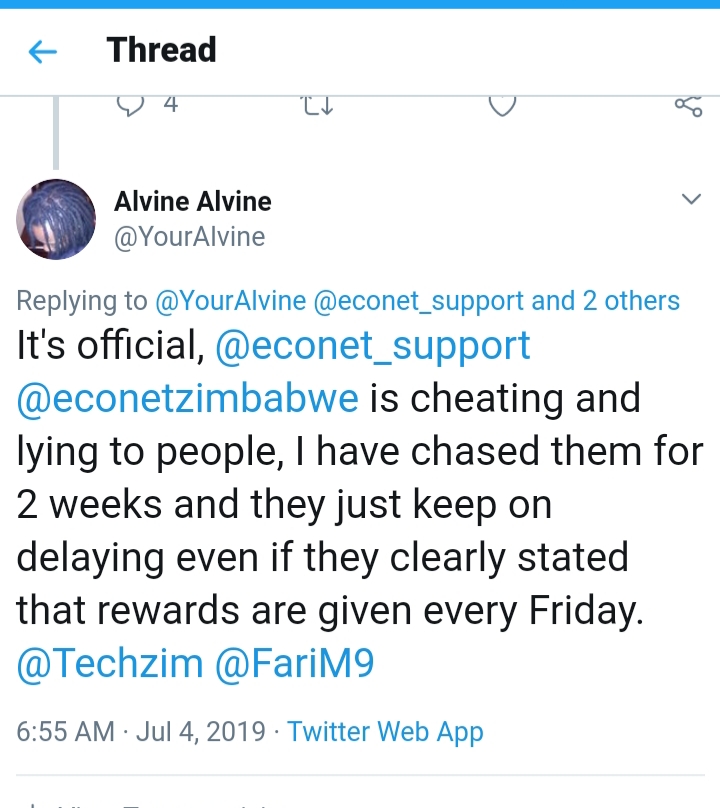 To no surprise, their reply was just as boring as the others they has send me before. 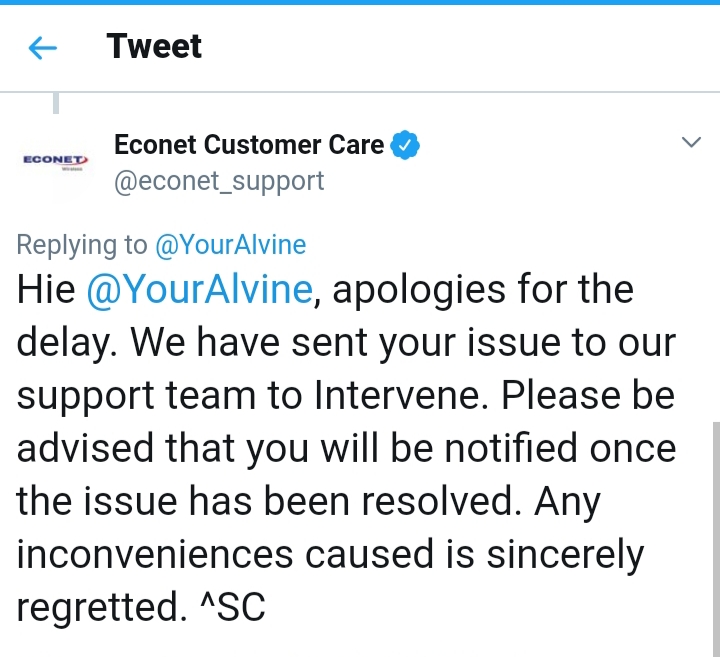 Even if they are going to reward me for the odd job I did (which I doubt), it looks like they hastily conducted a promotion without a proper reward system in place or they had no intention to reward participant at all. It reminds of someone who said that “Econet hastily introduce stuff that are still in Beta so whenever they introduce something I wait for 3 months to use it”. Not so cool Econet.