Entrepreneur Says Econet (Cassava) Stole His Idea About Sasai, To Sue Next Week 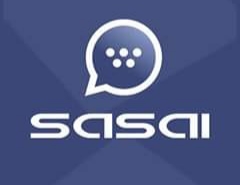 From Zuckerberg to Google to MTN, stories of idea stealing by corporations like these are a staple in the business world. Perhaps those countries are too distant from you so let me bring you closer to home-Econet is a familiar name that some of you know to have been accused of stealing entrepreneurs’ ideas – one time for ConnectedHome and another for Vaya.

Artwell Makumbe is another entrepreneur who, according to his own words (rants, to be specific), has been defrauded of his idea/project by Econet (which once owned Cassava Smartech). Artwell Makumbe who is the CEO of Hiclicker is claiming that the recently launched Sasai is his brainchild which Econet (where Cassava Smartech once belonged) stole from him. He goes on to say that, not only did Econet steal the idea of Sasai but it also embarrassingly stole the name (which is Sasai) as well. Peruse the screenshots of Artwell’s Sasai User interface: 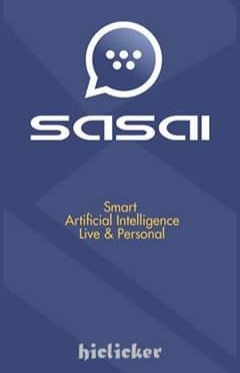 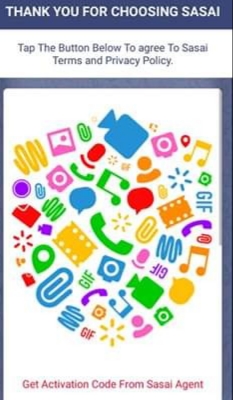 We got in touch with Artwel Makumbe to tell us what really happened. He said that he launched Sasai back in August 2015. He tyhen started discussions with Econet to partner with them on this idea/project. In his engagements with Econet, he contacted Econet’s South Africa offices to set up a meeting with Strive Masiyiwa, Econet’s Founder. The meeting didn’t come into fruition but Strive Masiyiwa called him and they spent over 20 minutes discussing his idea of Sasai.

From that conversation, Hiclicker’s CEO was then referred to a Mr James Gibson who was Econet’s head of e-commerce and that paved the way for him to have meetings with Econet’s risk department and commercial team. The meetings led him to be invited by Econet team to do a presentation of “Hiclickers family of apps, products and services, which included Sasai.” Econet’s team at the presentation was headed by its Chief Commercial Officer, Navdeep Kumar. As Artwell puts it “they were amazed” by Hiclicker’s products.

To prove this claim (of engaging with Econet), Artwell sent me his ‘V11s’ (proof) in the form of pictures of PowerPoint slides which he used to present Sasai (and other Hiclicker’s products in its ecosystem) to Econet. Some of the pictures he sent me are shown below: 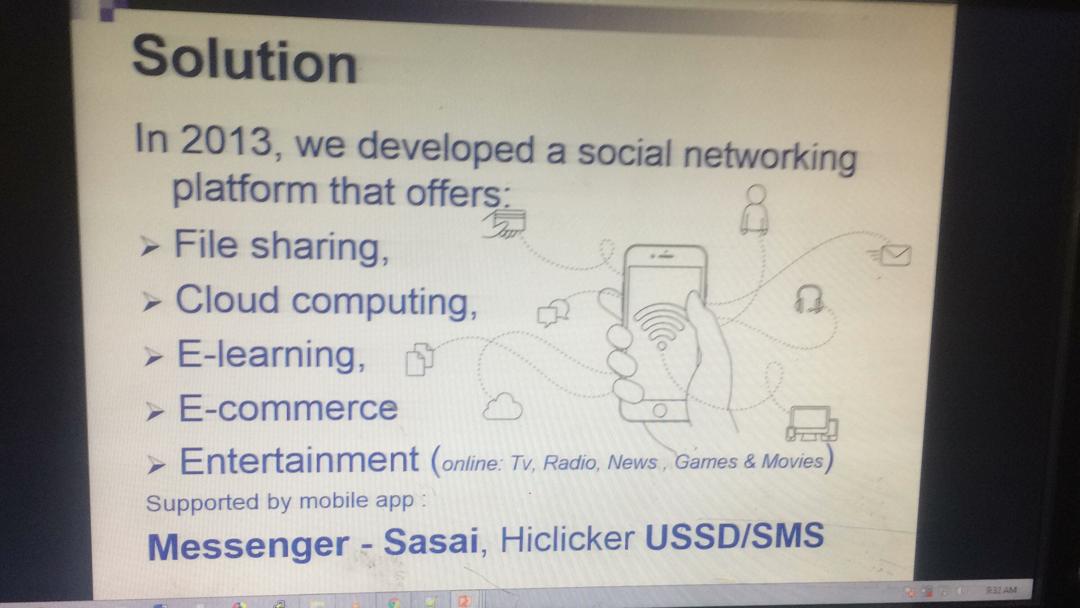 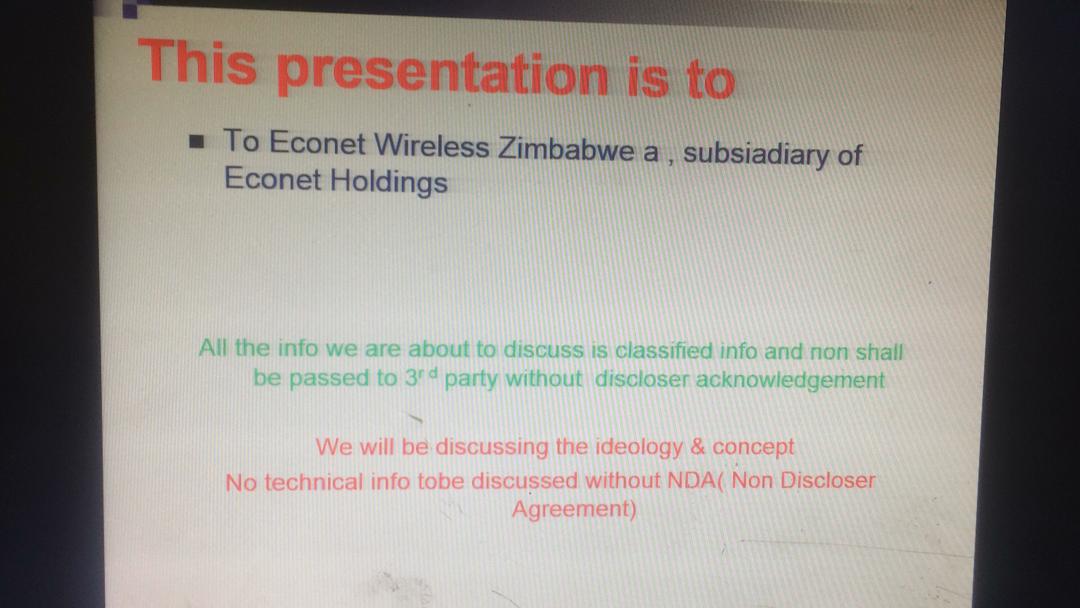 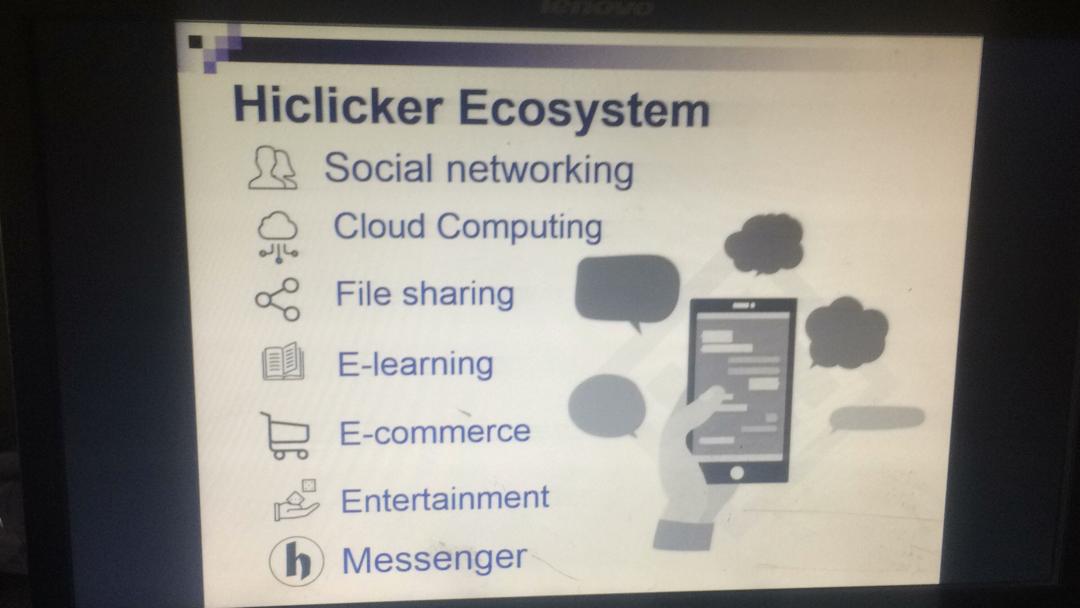 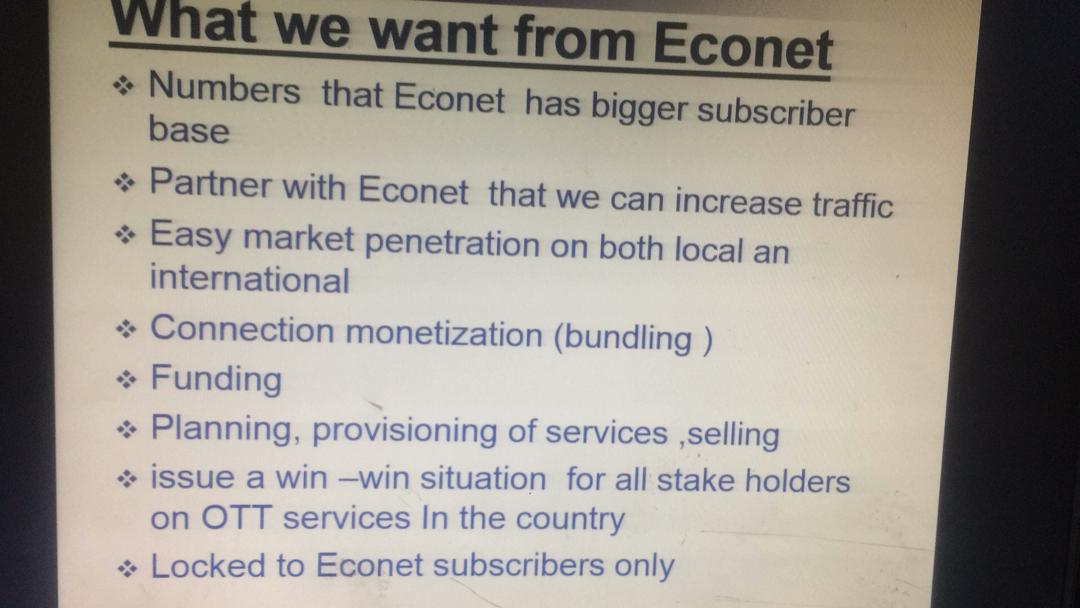 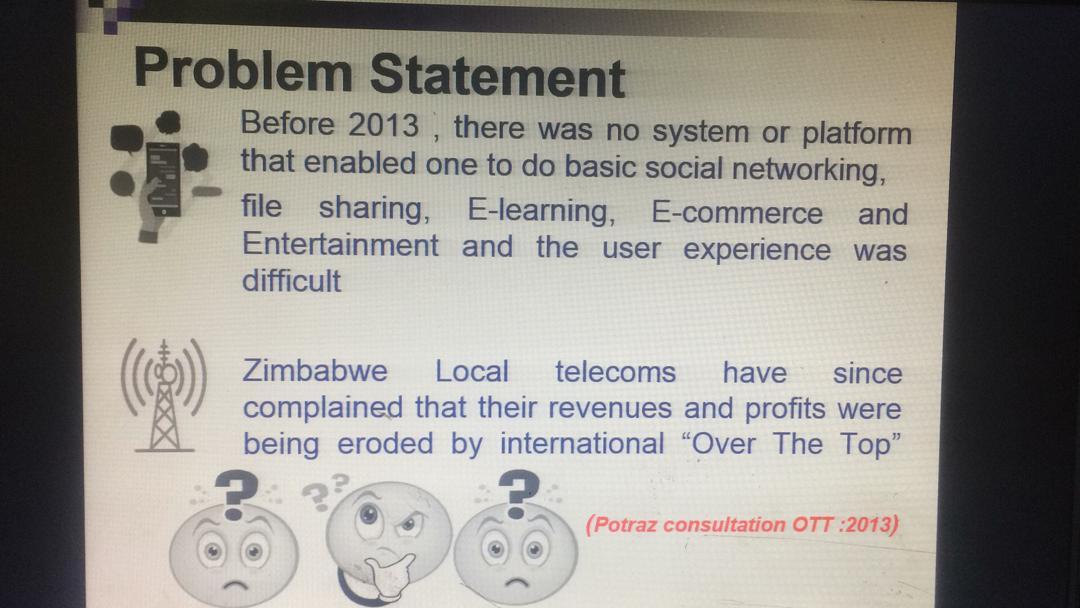 Despite ‘impressing’ the Econet team, no deal was ever reached as ‘there were a lot of delays on Econet’s part.’ So Hiclicker proceeded to launch Sasai and the other products on its own under the single name of Hiclicker. Around that time that’s when Hiclicker did interviews with ZBC and Radio Zimbabwe promoting their products and services. Check out when Artwell and his Sasai were featued on ZBC’s 8 o’clock news: 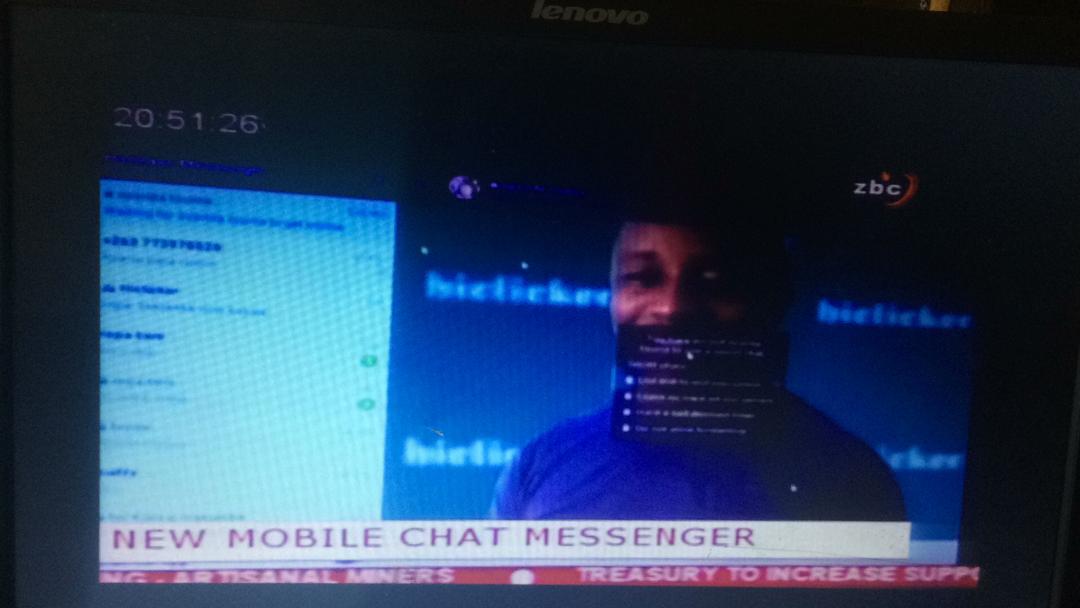 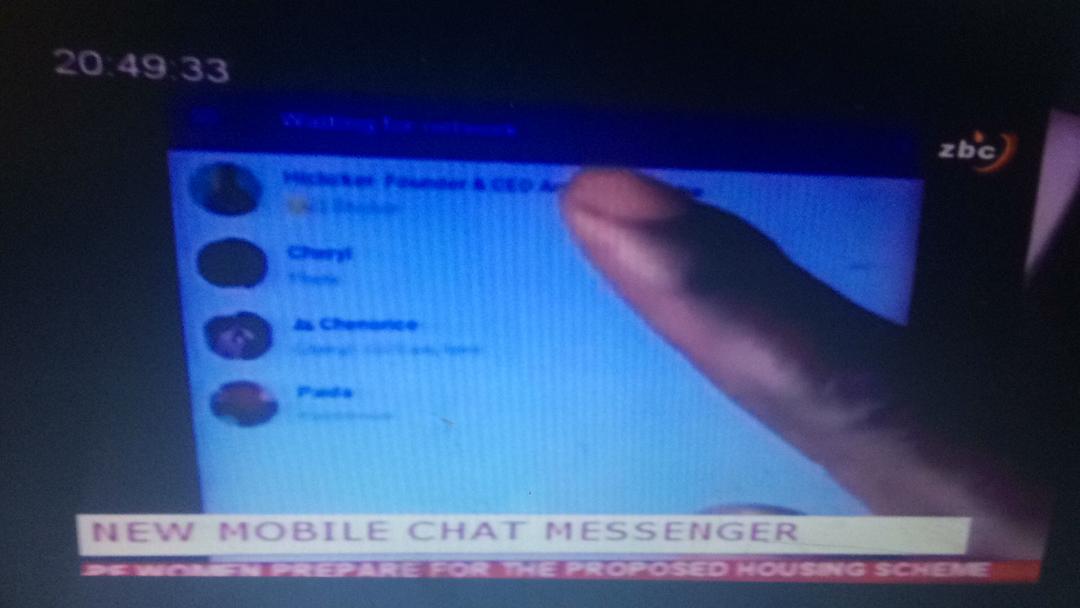 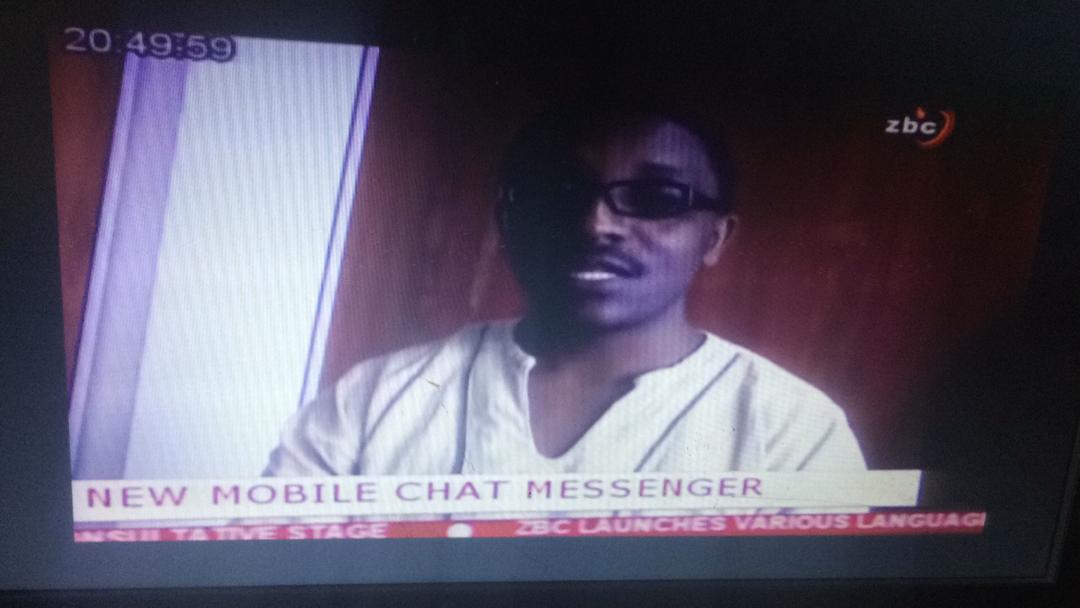 But after sometime, Hiclicker went back again to Econet to present them with fresh terms so that they could re-launch the Hiclicker ecosystem (all of its apps and services) under Econet’s name. In its response, Econet offered these terms:

1 – share revenue in the ratio of 70:30 (70% to Econet and 30% to Hiclicker)
2 – Lock the Hiclicker platform only to Econet numbers or users
3 – Give Econet exclusive rights over Hiclicker and all products, including server access
4 – I (Artwell) get 4% shareholding in Econet Wireless Zimbabwe and they get 60% shares in Hiclicker
5 – All Hiclicker employees by then they were 17 and they would get fixed job under Econet-Hiclicker department
6 – Econet to do branding and marketing
7 – Econet to maintain an uptime of 99.9%
8 – Econet to open Econet-Hiclicker joint bank accounts and hire external auditors, law firms , consultants to do the rest of work
9 – Econet to pay 50% of converged licence
10 – Econet to localise Hiclicker ecosystem into local languages wherever Econet is established across africa and the world

About the above, Artwell says:

The deal fell through. And then fast forward to 24 July, 2019, Cassava Smartech (the child of Econet) launches Sasai.

Artwell has decided to take the matter before the courts. And this coming Monday that’s when he will sue Econet about stealing his idea of Sasai. We are awaiting comment from Econet and Cassava and we will publish when it comes.