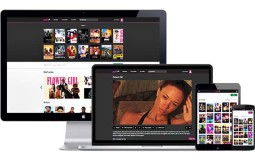 Jason Njoku’s iROKOtv is one of the most successful African tech companies and even fewer companies on the African content to get Video on Demand right. Recently, ROK Studio, which made content for iROKOtv was acquired by Canal+ for an undisclosed fee.

The deal is obviously a huge deal and Njoku shared that it’s the “largest media deal in West Africa” in a heartfelt Twitter thread. Here’s what he had to say about the deal:

When the news of the Canal+ ROK acquisition broke I was speaking to Mrs Njoku. I burst into tears. She burst into tears. We both didn’t really understand why we were crying. It was relief. Relief that we had somehow made it through this process.

We aren’t on holiday, we didn’t celebrate, there was no thanks giving its simply back to work. We aren’t even in the same country this week. When people used to say the journey is what matters. I didn’t understand. I do now. ROK should have failed many times. The crazy sh*t Mrs Njoku needed to do in content, the crazy sh*t I had to do in commercials. The 90% of people who in the early stages didn’t support or looked down upon us or thought it pointless. The constant reality that we were one mistake away from nothing the entire 6 years.

So beyond the money Iroko shareholders made in the transaction, we are happy in the fact that we own the stories and the reality that we built and sold together the largest media deal in West African history. We now can pass on that energy and industry to our kids. Inspire them to do whatever they want in life. Because anything beyond that is vanity. So thanks everyone for the well wishings. It truly means a lot. Njoku family are just relieved that it came out at 1 rather than 0. 🙌

Jason is a pretty cool dude (as you can probably tell from his post) and he has one of the more interesting blogs you should check out if you are passionate or looking to start out on your entrepreneurial journey.