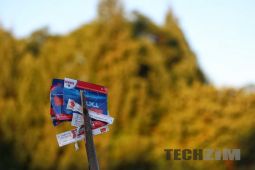 Remember the 5% airtime levy that was introduced in 2014? Though we didn’t welcome it, it wasn’t too controversial because the revenue from the levy was (and still is) going to be channeled towards a noble cause: helping the medical sector.

Well, up to now government has managed to collect ZWL $63 million through the levy. And according to the permanent secretary in the Ministry of Health and Child Welfare, Dr Agnes Mahomva the revenue from the levy has immensely helped the public health sector to procure medical supplies. During a Question and Answer segment she said:

A: The mobile airtime levy, also known as the health levy, has been in place since (circa) 2017 and has to date collected about $63 million (RTGS).
Indeed, this levy was ringfenced for procurement of medicines and, yes, the MOHCC has managed to procure medicines using this fund.
I do not think it is fair to say it has not augmented supplies. This innovative way of fundraising has saved us a lot. It has really helped us.
Unfortunately, the current harsh economic situation has seen the foreign currency from this local fund slowly go down.

Despite the noble cause the levy is funding, the increase in the cost of airtime owing to the levy is  badly affecting a certain segment of the consumer market as POTRAZ once pointed out.