In one of the more absurd stories I’ve come across in recent memory, Israel’s power company asked Fortnite to remove pole-scaling from their popular online game, as this could encourage dangerous behaviour asking children.

The reasoning by the power company is that if children can climb poles in their favourite game, they might try scaling electrical poles in real life, which is quite interesting.

The power company sent a letter to Epic Games (Fortnite developers) and the letter is pretty intriguing as well:

You are responsible for the personal safety of your consumers.
We therefore ask you to take action to remove dangerous content that encourages life-risking situations related to the use of electricity.

It doesn’t seem like any kid has tried to scale a pole under the influence of Fortnite as the company doesn’t mention any Fortnite related injury in the letter, which makes it even stranger.

Unlike a few other countries which have lobbied for Fortnite bans because the game is “violent” (or at least has players shooting each other), the Israeli company isn’t too concerned with the guns as their main concerns are to do with electricity. Talk about keeping your eyes on the ball…

Fortnite is one of the most famous games in the world right now so maybe the power company is taking into account that it is more influential than most gaming titles but I’m quite surprised that the company would go to the length of writing a letter about this without prior incidents.

The letter itself makes for hilarious reading with Fortnite spelt wrong (as you would expect from people who don’t game) and is constantly referred to as “the Fortnight game” for some reason: 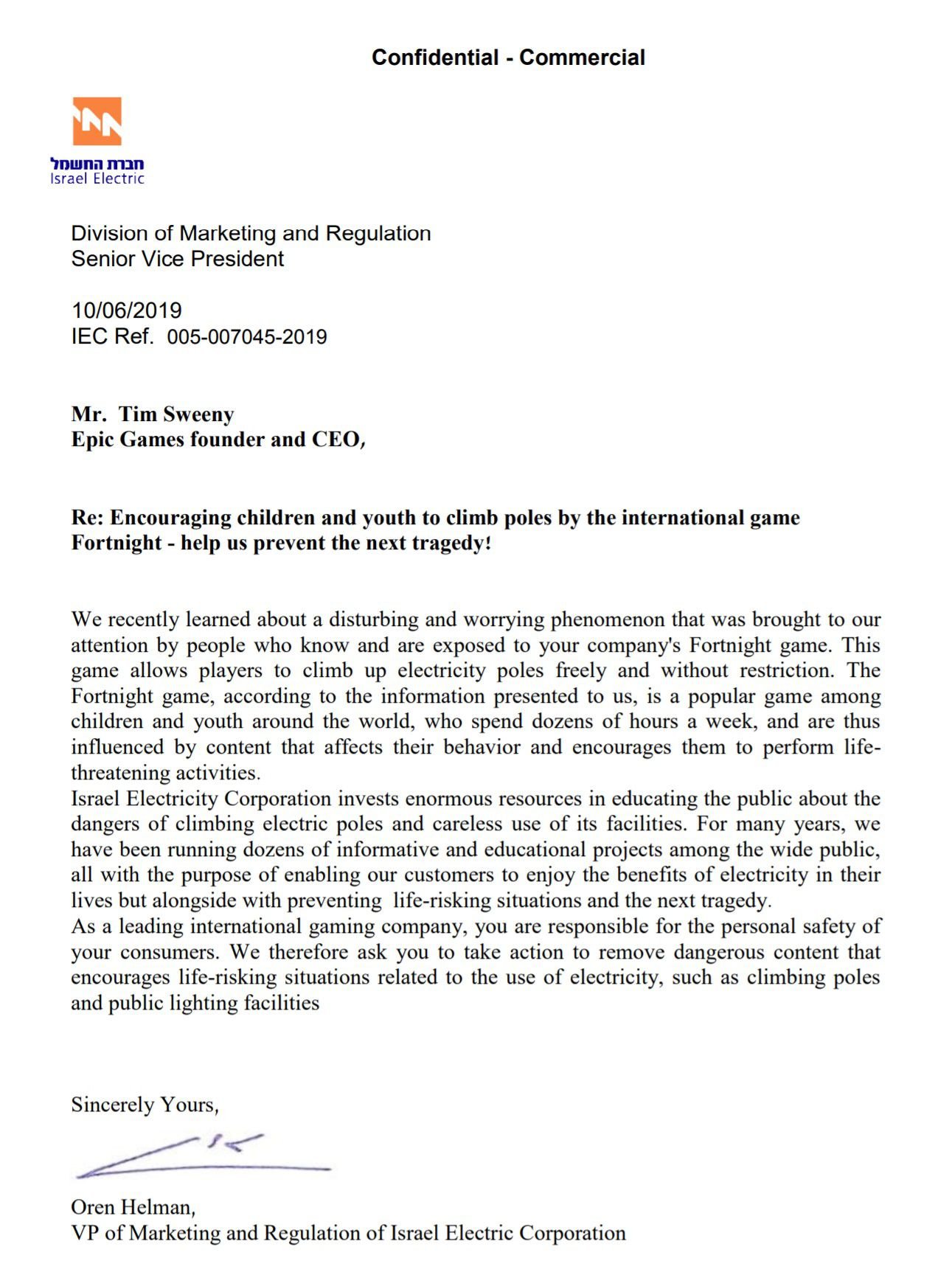 Maybe cartoon makers should stop portraying flying superheroes as they will influence children to jump off buildings?