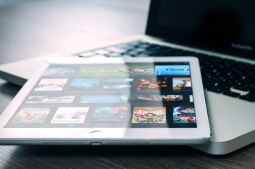 If you watch Netflix exclusively from your smartphone, you have some reason to rejoice. Netflix recently confirmed that they will launch a cheaper subscription option for mobile-only viewers. The service will start in India and Netflix has said it’s possible it will spread to other countries later on.

I’ve binged a number of Netflix shows from my phone and it’s certainly a passable experience (even though my phone is on the larger side). If you’re budget conscious the savings could be worth sacrificing bigger screens but that could also mean goodbye to “Netflix and chill” since you probably won’t be watching with multiple people from the smaller screen.

The plan will allow you to watch on mobile and tablets and unfortunately, there is no support for streaming devices which means no access for your Chromecast.

The pricing for this cheaper option hasn’t been announced yet but if pricing from test runs is any indicator it will be around the $3.63 range which is half of the $7.27 for the Basic plan in India.

The announcement comes following Netflix’s failure to meet expectations in the recently shared earnings report. The company added 2.7 million subscribers when it expected to add double that figure and also lost $544 million over the past 3 months. The cheaper plan is an effort to arrest this slide and if popular in India, it will probably spread to other markets.