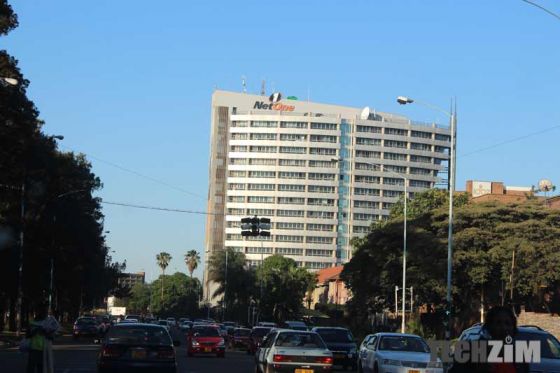 First: damn this economy! If the economy were just a little bit more stable I think the huge improvements at NetOne would be showing more clearly. Regardless, NetOne is sounding more strategically aware and clearer than they have been in a very long time.

Going back to the basics

In a statement released by NetOne just after their Annual General Meeting this morning, the telco declared that they had gone back to the basics. Indeed they have. In 2018, NetOne refocused on how a telecommunications business has to operate and they did that. Such simple stuff is always the hardest to do, kudos to NetOne.

For some time now, social media consensus has been that NetOne has the best network in the country right now. Econet’s network has been coughing up blood while Telecel is in a sorry state.. NetOne has been consistent at least and even improving in some areas. I always wondered how they were achieving this in this environment. Well, it’s the basics!

NetOne reports that they refarmed 137 2G sites thus converting them to 3G without needing to invest in additional hardware. The second obvious thing they did was to re-deploy some 3G stations from low utilisation areas to higher density urban centres.

That second thing they did there is quite important. When NetOne was launched there were some mistakes made in terms of how to deploy network coverage. The company was chasing geographic coverage and if you remember for a long time NetOne prided themselves in having the widest coverage.

The problem with wide coverage though is that some corners of the country have very sparse settlements meaning infrastructure would serve very few people which would not justify the investment. Besides the population density issue, money density was also an issue. Urban populations are more likely to afford connectivity than rural populations for example.

Deciding to move infrastructure the way NetOne did is a very simple move but quite bold too. Perhaps decisions are now being made for purely business reasons for the first time not for political grandstanding. The company also doubled the capacity of some 3G base stations by upgrading the sites from 3 sector to 6 sector.

The parastatal prioritised accessibility of their products and services by opening up 638 franchises to complement their 34 shops. Electronic and digital distribution was also boosted and it contributed 21% to revenue, up from 14% previously. Their distribution agents increased to 3 000.

Contact centre service besides leading to customer satisfaction and aiding in retention, if done right it increases the perception of network quality as well. It’s a basic thing but one that can be easily overlooked. Good to see NetOne doubling down there too. In the recently published customer satisfaction survey commissioned by POTRAZ, NetOne beat all their rivals on most of the measured metrics.

Again a very basic thing but one that has been largely ignored at NetOne for many years. The best way for NetOne to achieve what the government has continuously stated they want to achieve through it is if business motives are allowed to rule the day and to be the motivation for management.

2018 saw NetOne move from year after year losses to achieve a $10 million profit. This is very significant when you consider that in the previous year, the company had made a loss of $77 million. They increased their revenue by 13% to $119 million at the same time lowering the overhead proportion from 69% in 2017 to 48%.

Not out of the woods yet obviously but a significant change.

It’s sad that Zimbabwe’s economy is quite unpredictable at the moment. If it were not so, NetOne could show a stronger rebound than this. Case in point: we have to rake our brains to understand which currency these numbers are in and how the erosion of value in the economy has influenced the above negatively or positively. I think though, these are impressive results regardless of any such influences and it’s encouraging that the results are coming from a clear, simple and deliberate strategy.

Again, the plans to sell the entity that the government has tabled is a caveat in the future trajectory of the business. This is made worse by the government’s senseless insistence that NetOne and TelOne should be sold as a package deal.

The two businesses are very different and face significantly different opportunities. A buyer who would buy both will probably be most interested in liquidating assets which will be a shame. I am bullish about both businesses separately.