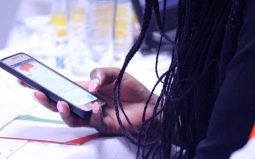 You may have never heard of CloudMosa before but they are working on a pretty fascinating project? They are calling it Puffin OS and they claim that their smartphone OS will make budget devices that cost less than $100 which compete with flagship and premium device.

Puffin OS is an open platform mobile OS derived from Android and use the Avatar Technology to shift workload from the local device to an avatar in the cloud.

The Avatart Technology is said to run in “high performance computers on robust cloud infrastructure, it can execute applications efficiently, regardless the original device’s hardware limitations. “

They also posted the following benchmark:

The same web page also suggests that the phone will be optimized for running web applications:

Unlike other proprietary platforms, Puffin OS is free from the regulations and exploitation on developers and users.

Developers can use open web standards like HTML5, CSS3 and JavaScript to build mobile apps. Developers have freedom to release and distribute their mobile apps.

Users have the freedom to install web apps from the web app store or from any website.

Web apps can run instantly without having to download the apps. This not only saves app installation and update time, but also saves the device storage occupied by apps

One of the claims is that Puffin OS will also require no storage to store these 1.5 billion applications, since they are web-apps.

Whilst this sounds pretty interesting, there will be some scepticism since the concept is coming from a company that tried and failed to launch a cloud-based smartphone OS before.

[Update] This article incorrectly stated that the guys behind PuffinOS are the team that made NextBit a few years ago. That is not the case and we’ve corrected the article. Apologies for the mistake