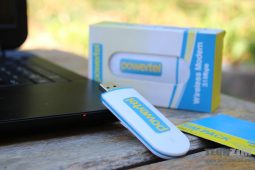 ……failure to fully pay for the POTRAZ license fees and as at the year ended the Company owes POTRAZ US $ 3 280 000.

Since it’s a government-owned entity it doesn’t experience the wrath of POTRAZ or the Ministry of ICT for failing to honour its license obligations, which only makes the competition landscape bumpy. When Econet fails to pay up their license fees, government will be on its throat.

In addition to this liability, the Zesa-owned internet provider owes it’s customers over US$800 000. How so? New customers who have paid up installation fees to access the internet haven’t been attended to. From the Auditor General report:

The company was failing to connect new customers with a long outstanding backlog. As at December 31, 2018 the Company had installation fees liability amounting to US$865 342 emanating from customers yet to be connected.

Now you need not wonder how Powertel is struggling to pay off POTRAZs license fees: the simple reason that it’s not connecting new customers is why the company is failing to pay license fees and to ‘finance it’s day-to-day operations’ (working capital). The company has not been growing all along and it’s revenue were stagnant, if not backsliding (which is more likely). Consequently, the Auditor General had misgivings about the Powertel’s ability to continue operations as it had a negative working capital in the region of US$9 million. From the Auditor General report:

The company was facing going concern problems as it’s operations continued to be hampered by shortage of working capital.

Also read: Government Forced Econet To Pay Their Licence Renewal Fee So They Could Use It To Fund the 2013 Elections