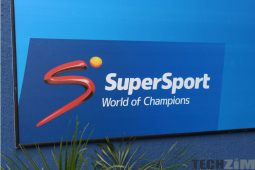 It’s being reported that YouTube will begin live streaming some of the sporting events from Supersports catalogue live on their platform.

YouTube’s Dayo Olopade spoke on the partnership and confirmed that other content holders such as NBA Africa, will also be involved in the deal:

Africa is a sport-loving continent, so it makes perfect sense for us to bring African sports fans what they love. Today we are here to say we hear you and we are more than happy to bring you the content you desire, in partnership with SuperSport, NBA Africa and our other partners,

So which sports will be coming to YouTube? Well, live events will include:

When it comes to the NBA, it’s not clear if the finals being referred to are the 2019/20 season finals but one would think that’s the case since the 2018/19 finals were completed a few weeks ago.

The La Liga matches will be welcome but it isn’t clear yet how many will be broadcast on YouTube. I didn’t comment on UFC because I’m not a big fan but that too is welcome.

Certain events will be shown as highlights and delayed broadcasts and these will include:

Considering that you don’t have to pay to access YouTube (apart from data of course) this will be a pretty convenient way to enjoy some sporting events without subscribing for DStv which holds the rights to most of this content.

Details aren’t clear yet on just when these sports will begin airing on YouTube and whether or not this will impact DStv subscribers in any way. It also seems the events will be available in South Africa and not throughout the other regions where DStv subscribers reside.

Update: We have been asked to retract this article as it is inaccurate and the press statement released thereafter did not mention SuperSport at all, but that too has been retracted so it isn’t clear yet what the nature of the sports offering will be in it’s finalized version. We will update on this issue once we have the correct position.