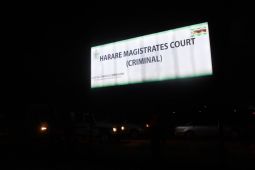 Econet’s insurance arm, Econet Insurance Pvt Ltd is at loggerheads with its broker, Auto and General Insurance Brokers (AGIB) over insurance policies and premiums, according to a NewZimbabwe report.

Apparently, Econet subcontracted AGIB to sell (broker) insurance policies and collect premiums on its behalf. As part of the contract between the two companies, AIGB would the revenue collected to Econet on a monthly basis. The papers Econet submitted to the court, read:

However, since September last year AIGB was not honouring it’s contract as it wasn’t remmiting the revenue collected from sold policies and premiums. As a result, AIGB accumulated arrears worth $508,098.5 due to Econet.

But in May, AIGB made a somewhat effort to honour its obligation by paying Econet a sum of $241 527.54. Nevertheless, Econet seem not to be convinced by AIGB’s effort to pay off the remaining $266 571.00 so that’s why they have approached the courts.

Despite the acknowledgement of indebtedness and assurance to settle the debt, the Defendant has failed or refused to pay Plaintiff the outstanding sums which now stand at $266 571.00,

The case is yet to be given a verdict.