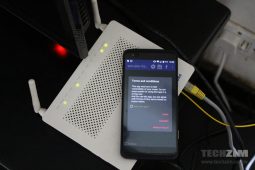 Facebook’s Find WiFi feature is being expanded from a WiFi network locator to a tool that actually manages the WiFi connection on your device.

As with anything Facebook-related, you’ll have to be very careful about turning this on once it goes live globally. The chances that Facebook will use this feature to track your location -even when GPS is off- are extremely high:

I have been observing the development of this feature since February 2019. Coincidentally, I came across an endpoint in Facebook’s server which belonged to the same project. The endpoint returned a huge list of publicly-accessible Wi-Fi networks. It returned approximately 13000 networks in Manhattan, NY.

The returned data includes the name of each Wi-Fi network, the signal strength and the approximate coordinate of each network. After I tweeted about my discovery of this list of Wi-Fi networks, Facebook quickly blocked my access to this endpoint. The endpoint has since been returning an empty list.

Interestingly, judging by the network names, it seemed most of these 13k Wi-Fi networks in Manhattan are residential and not belong to businesses. It is unsure how Facebook obtained this huge list of what appears to be residential Wi-Fi networks. But it would not be surprising if Facebook “crowd-sourced” the data from app users who granted Location access.

Whilst this might not be illegal and you probably give the app permission when you enable the feature, it seems like one of the many shady things that Facebook does in order to milk their advertising machine for all its worth.

The public and seemingly negative focus on this feature could mean it ends up not being released:

The time it takes to develop and release experimental features like this varies. Sometimes, public receptions could sway the fate whether features will eventaully be released to the public.