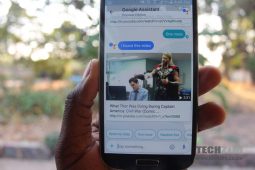 As spotted by Android Police, this expanded functionality is now available in third-party apps like WhatsApp and Telegram. With this feature, you can either dictate or type out replies, although you’ll need to grant the Google app notification access for this to work.

The only limitation is that pictures, videos, and audio notes aren’t accessible with this feature. Instead, Assistant will simply notify you that the message contains either a photo, video or audio attachment without beginning playback.

It’s currently unclear exactly where Google is rolling out the feature or just how many third-party apps are supported. If you are an Android user in Zimbabwe, is your Assistant able to read out third-party app messages, and if so, with which apps? Let us know below.

Also read: Techzim Concluded The Google Home Was Useless In Zimbabwe But My Wife Found Use For It